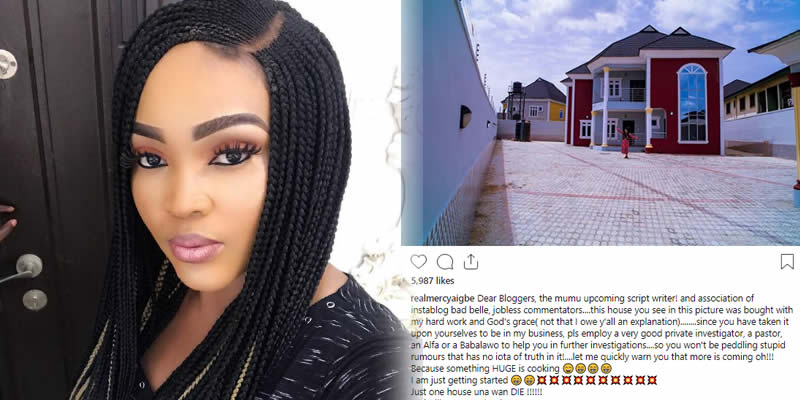 Actress Mercy Aigbe has reacted to the rumour that her lifestyle is being sustained by a rich sponsor.

The mother-of-two, who recently bought a new house in an expensive neighbourhood, was accused of making her money by laying on her back. But she is making it known that she worked really hard for her money.

She shared a post where Omojuwa came to her defence following the rumours and wrote:

WORD!?
No one saw all my late night shoots! Shooting almost 24hrs, No one saw my being on set back to back!!!!…..No one saw all those times I carry Goods on my head in London, LA, New York, Turkey, Vietnam and all……..
No one sees my endorsements and influencing deals……
Almost 15years as an Actor, I buy a house, they see it as a big deal! They try to tag every wealthy man they know to my Sucess because they just can’t comprehend how and why a woman should be successful ……

Y’all wait till I open my Complex, then maybe y’all will kuku take poison untop my matter ???
I am just getting started ??
#strongwoman
#womanofsteel
#childofgrace
#biggirlmightygod
#godjuststartedwithme
Abeg that miracle that will leave people in awe, confusion to the extent that they will start insinuating and speculating all sorts…. just cos they can’t fathom what the lord has done for you, may the lord grant it unto you IJN! 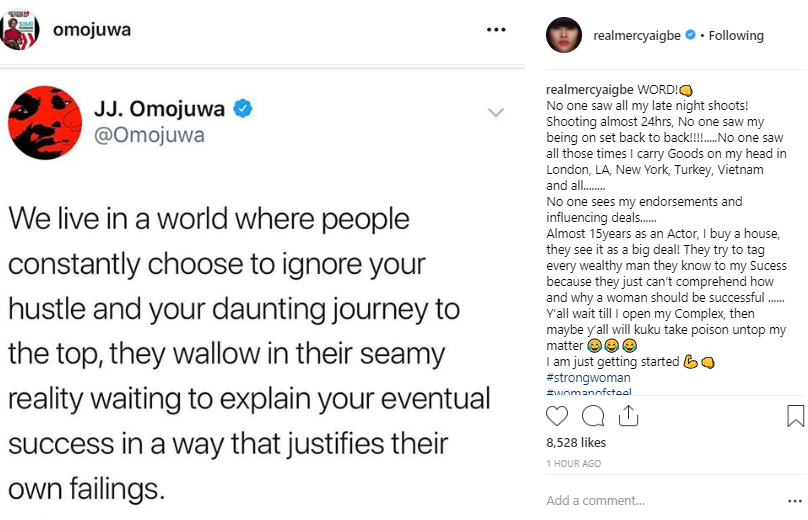 READ: Husband of the Lady who was alledgely stabbed to death by her nanny reacts

Dear Bloggers, the mumu upcoming script writer! and association of instablog bad belle, jobless commentators….this house you see in this picture was bought with my hard work and God’s grace( not that I owe y’all an explanation)……..since you have taken it upon yourselves to be in my business, pls employ a very good private investigator, a pastor, an Alfa or a Babalawo to help you in further investigations….so you won’t be peddling stupid rumours that has no iota of truth in it!….let me quickly warn you that more is coming oh!!!
Because something HUGE is cooking ????
I am just getting started ????????????
Just one house una wan DIE !!!!!!
Wait till you see what is next!…..
RADARADA……. 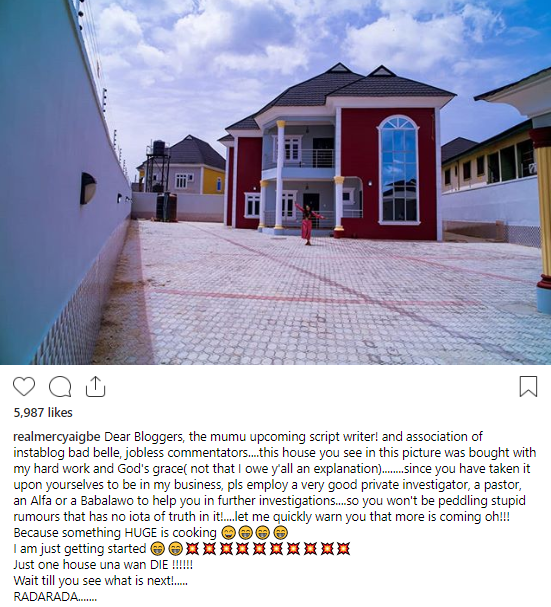