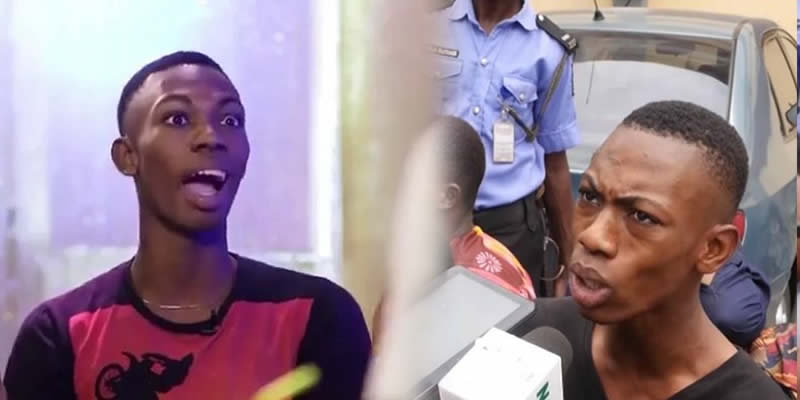 After his experience in the hands of police officers during a recent encounter that went viral, Obialor James has opened up about living with HIV.

In the new episode of the Bar Room Therapy, Obialor James who became an internet sensation after video of him granting press men an interview following his arrest for allegedly being gay, went viral, said he was forced to do menial jobs by the policemen.

According to him, his experience in the prison was not a nice one as he was forced to clean up the soak-away, forced to fetch water amongst other things.

Obialor James who also recounted his mood when he was told by his dad that he is HIV positive, said he couldn’t sleep and further advised others to never give up as it is not the end of the world.

Eyaaaaaa, Obialor James speaks about living with HIV and his experience with the police.

You may also like; I know rich men who give girls as much as $15k just for sex – IK Ogbonna