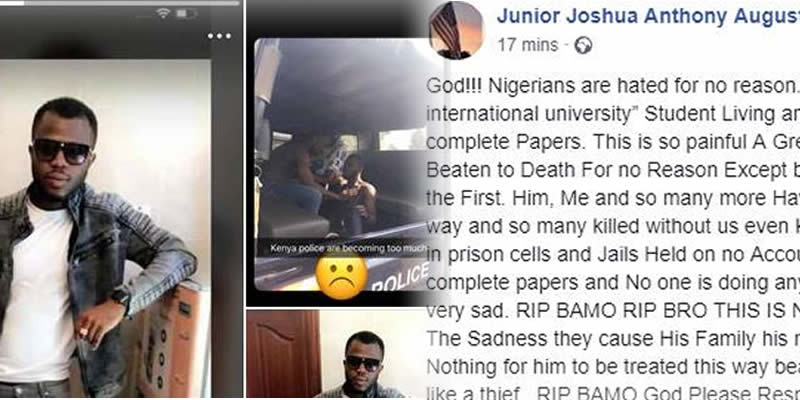 A Nigerian student schooling in Kenya was allegedly beaten to death by Kenyan police. Bamiyo Ashade, popularly known as Bamo, was brutalised yesterday Oct 15th at his house in Four ways estate, Kiambu.

Bamo, a student of United States International University, USIU, was in Kenya legally and had his complete papers.

Yet the police officers allegedly tried to extort him and when he didn’t co-operate, they forced him into a police van and battered him until he was close to death.

He was then rushed to a hospital where he died hours later.

Friends have taken to Facebook to condemn the police brutality directed towards Nigerians in the diaspora.

They have also called for justice for Bamo. 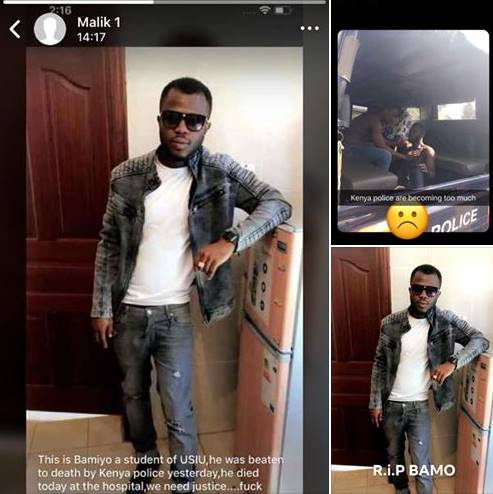 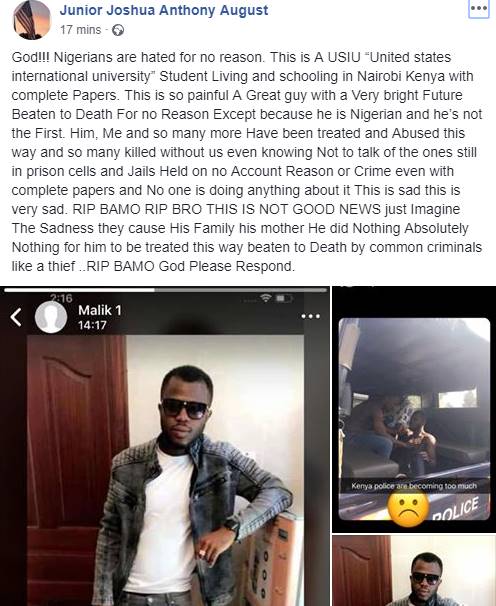 You may also like to read;  18-yr-old AAU medical student dies after a slight headache

PHOTOS: See The Face Of The Army Commander, Ifo Omata Who Ordered…