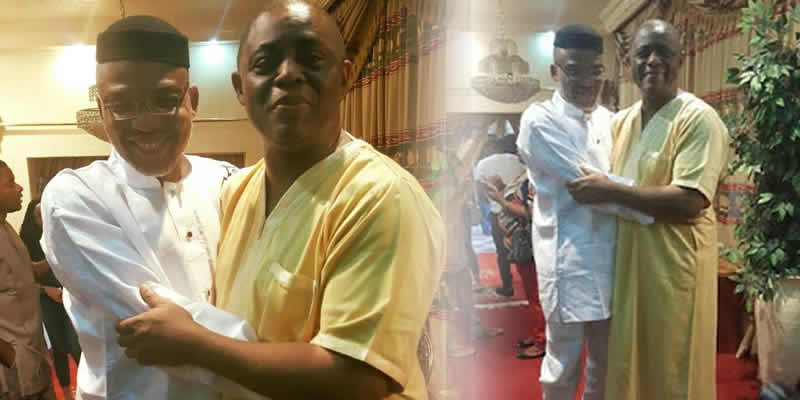 Former Minister of Aviation, Femi Fani-Kayode, has said that Nnamdi Kanu, the leader of the proscribed Indigenous People of Biafra has called him.

The controversial PDP Chieftain, Femi Fani-Kayode made the revelation via his verified Twitter handle, @realFFK, on Saturday. In the tweet, Fani-Kayode said he was delighted at the fact that Kanu is still alive and well. He also added that they have agreed to work together to vote out the current administration.

He said, “I just received a call from my brother Nnamdi Kanu. I am delighted that he is alive and well. I commend his strength and courage even as I marvel at the loyalty, resilience, and commitment of his lawyer Ifeanyi Ejiofor and IPOB. We have agreed to work together to VOTE Buhari out.”

Nnamdi Kanu resurfaced in a video, shared on social media on Friday.  He was seen praying at the Wailing Wall in Jerusalem.

His lawyer, Ifeanyi Ejiofor, had earlier revealed that he spoke with him and that he would hold a press conference on Sunday.

Also, IPOB had through a statement by its Media and Publicity Secretary, Emma Powerful, confirmed on Friday that the person seen in the video was its leader at the Wailing Wall in Jerusalem, where he joined other faithful to offer prayers.

Kanu is being prosecuted by the Federal Government before the Federal High Court in Abuja before he went missing on September 14, 2017, following a military invasion of his home in Afara-Ukwu in Umuahia, Abia State.

The military invasion took place during the last year’s ‘Operation Python Dance II’ staged by the military to quell the agitation for the secession of the Republic of Biafra from Nigeria.

Kanu’s appearance and my apology to the Nigerian Army