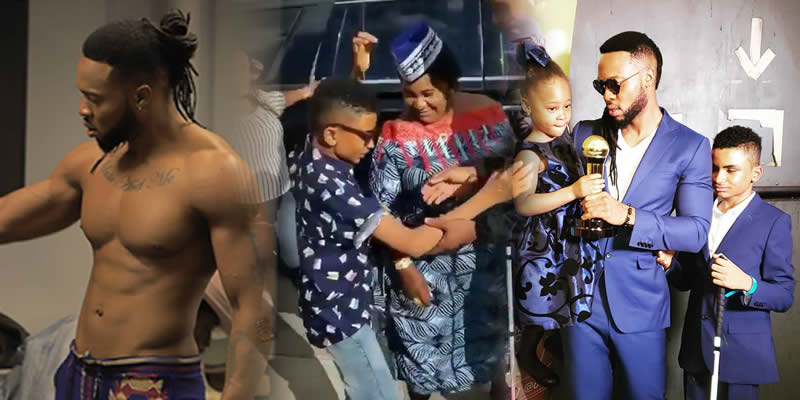 Nigerian sensational singer, Flavour recently visited the mother of his visually impaired Liberian boy and the video which is currently trending on social media has melted the hearts of so many people.

While Flavour may seem like someone with commitment issues considering his history with his two baby mamas, he sure knows how to shower love and attention on his kids.

The singer who has two children from two different women, recently adopted the visually impaired young boy from Liberia, Semah.

In a recent video which surfaced online, the singer visited the mother of Semah and from the video. they couldn’t be any happier. Semah is seen filled with excitement as he hugs the singer much to the delight of everyone around.

#ENDSARS: Hold Enugu Government Responsible If Anything Happens To Us,…

The high life music star had traveled to Liberia where he came across Semeh G Weifur from a blind school and got touched by his talent when he saw him after singing his song.

He brought him down to Nigeria to feature in his song, Most High, which won an award at the 2018 AFRIMMA awards. So I hope you enjoy this too; Nigerian lady aka Celine Dion curses Oyedepo, RMD, reveals what destroyed her