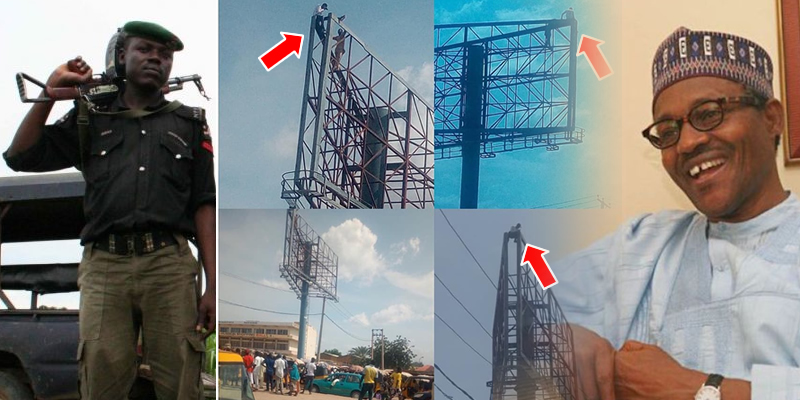 ﻿The Adamawa state police command has arrested Lawan Faro, the man who climbed the billboard hanger in Yola, the state capital yesterday with threats of jumpiong to his death if President Buhari fails to resign.

Lawan said he would commit suicide if Buhari does not vacate the seat for Atiku Abubakar, the PDP presidnetial candidate.

Speaking after his arrest, Lawan said

”At about 8:00pm, some soldiers came by in company of some people who claimed that former Vice President Atiku Abubakar was waiting for me, so I was convinced and I came down.

They had a car parked waiting to take me to Atiku’s house, but unfortunately it was a trick because here I am, they brought me to Jimeta Police Station. But make no mistake about my demand; the moment I regain my freedom, I’ll be heading to a taller object, possibly a telecommunications mast, to carry out my threat.”