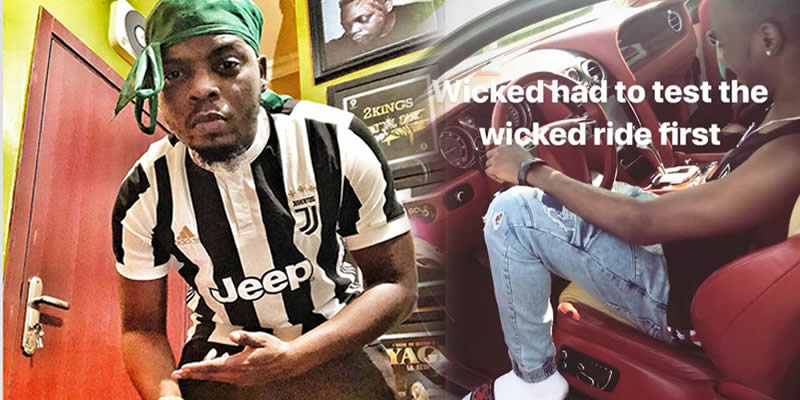 Olamide reportedly adds another luxury car to his garage

Everything looks great for YBNL CEO and hit maker, Olamide, who reportedly recently joined the list of celebs who have a Bentley seating pretty in their garage.

When it comes to luxury, Nigerian celebs have a knack for spoiling themselves. For the ladies, it’s expensive designer bags and first class trips around the globe but for the guys, it’s about the biggest, grandest bad boy toy and they don’t care how much it costs. After all, the heart wants what it wants.

In a recent post, Olamide Baddo hinted that he just purchased a brand new Bentley GT Continental. Undoubtedly, splashing millions on the exotic car, he has followed in the suit of Davido, who owns a Bentley Bentayga reportedly worth N94 million.

His producer, Young Jonn, was seen test driving the toy. Olamide’s Bentley has a classic red interior, proving that the hit maker went all out to pick the best that suits his taste.

He had took to his Instagram handle to share a video of it showing Young John and himself in it.

“Wicked had to test the Wicked ride first”

You may also like to read; Nigerian Celebrities With The Most Expensive Houses (Photo)