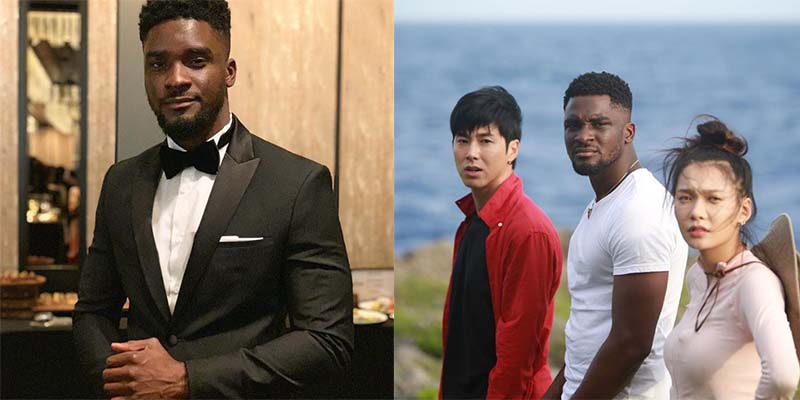 Sam was seen on many variety shows and was noted for singing and rapping in many languages including English and South Korean and sometimes in his native Ghanaian language Twi. He has become so famous that reports have it that he now runs his own radio slot.

READ ALSO: Why I slapped my father — Actor Femi Adebayo

Sam’s singing has made him so popular that he hardly walk the streets of Seoul without being stopped by people asking for autographs. Speaking in an interview with an international journalist, Sam Okyere recounted how life in a foreign country had been for him and how he broke through barriers to become the star he was.In commenting on his vast popularity in the Asian country, Sam indicated that he sometimes had to disguise himself so that people would not make him out.

If somebody would have told me a couple of years ago that that would happen, I would have said: No, that’s not possible,” Sam recounted to the international reporter In commenting on the hostile reception on his arrival in South Korea fro the first time nine years ago, Sam Okyere said it was due to a lapse in knowledge. “Of course at that time, Koreans were not as open to different types of people from different places, they were not so exposed to different races and different cultures.” “It really hit me for the first time that racism is real. It was always sort of a concept that didn’t really exist for me.

I read about it but never experienced it until I came to Korea. So that really opened my eyes to what racism is,” Sam noted. He went on to indicate that he had to find a way to break through the barriers of racism so he took it upon himself to learn the Korean language so as to use it to communicate better.

However, he became well-known when he entered the Korean entertainment business. He started off with small roles in commercials and eventually got his big break on a variety show called ‘Abnormal Summit.’ After this, he appeared in more variety shows, got roles in TV and now had his own radio show. As his fame grew, Sam decided to use this platform to start addressing the problem of racism on national TV.

Sam indicated that sharing his story had the desired effect he was looking for as it touched the hearts of many South Koreans. “So many people wrote to me, saying: ‘Thank you for mentioning this, I feel like we are living in a bubble, but now we really understand that it is real, now that you’ve spoken about your experiences we can see it from your perspective.’ And I felt like it was such an important and iconic moment on Korean television. Because it was the first time something like that was spoken about openly and honestly,” Sam said. Sam first set foot on Korean soil nine years ago. Back then, he faced a totally different reality.

Sam moved from Ghana to Korea as part of a scholarship to study computer engineering.