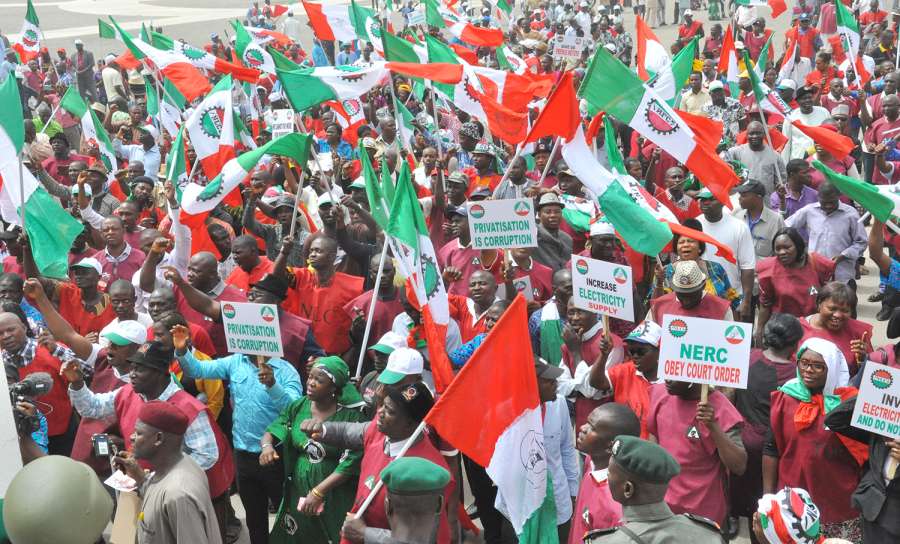 The Network for Accountability and Transparency Crusade (NATC), has condemned in strong terms the instance of trade unions under the umbrella of NLC, TUC, and ULC, to go ahead with their proposed strike action despite court order, describing it as suspicious.

The workforce had called on Nigerians to stock their homes with food, stressing that there was no going back on their planned nationwide over the issue of minimum wage.

NATC said the threat by the NLC, TUC and ULC to embark on the indefinite strike if their demands were not met was a clear sabotage and unethical.

Dr. Roland Giwa, National Coordinator of the group, said NATC frowns at such disposition given the fact that it is aware that the government through the relevant agencies had indeed put forward tangible reasons why the N30,000 (Thirty Thousand Naira) minimum wage demanded by the labour unions was not feasible due to the precarious state of the nation’s finances.

According to him, “NATC is also aware that the government proposed an increment from the existing N18,000 to N24,000 and the labour leaders rejected it for reasons best known to them.

“We are therefore constrained to state in unequivocal terms that given the widespread speculation in some quarters that some labour leaders have held series of meetings with a former presidential candidate of Northern Extraction to insist and reject overtures from government towards an amicable resolution of the issue at hand in an attempt to cause embarrassment to the government. This is uncharitable and unpatriotic.

“The rumour mills are rife with tales of how these labour leaders have been promised a whopping $50 million should they insist and proceed with the industrial action come November 6, 2018.

“While NATC is not disposed to the business of speculations or rumours, however, the indications and evidences that there might be an element of truth in the $50 million largesse is overwhelming.

”NATC as an organization that is dedicated to accountability and transparency herby advises our labour leaders to rise above their interest by rejecting whatever overtures that have been extended to them by unscrupulous politicians that have done worse and will do worse if elected into positions of authority in Nigeria.

“The organized labour in Nigeria has been known to stand for truth. They have been known to protect the interest of workers in general and not a select few. At the risk of portraying the organized labour in Nigeria as a dictatorial organization, and one with contempt for the rule of law, the labour leaders at the negotiating table should not allow the smell of filthy enticement make them lose their sense of dignity and that of the millions of workers that they represent.

“The Nigerian workers have been subjected to untold hardship over the years, and to think that the present administration under President Muhammadu Buhari has introduced measures towards alleviating their hardship should be commended and encouraged instead.”