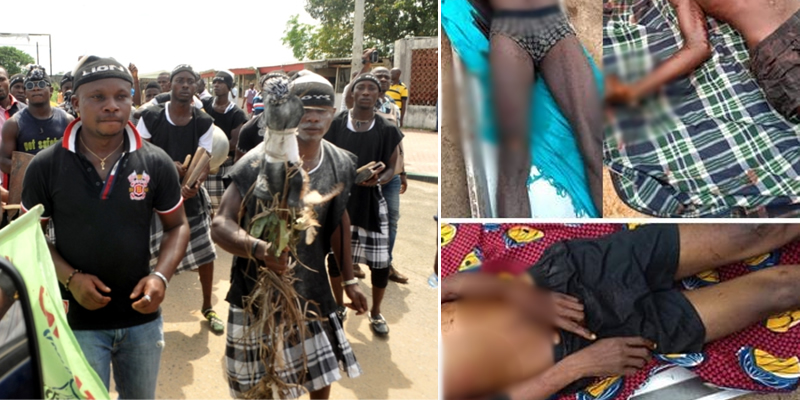 According to reports, the gang war was sparked by the killing of the friend of a cultist by the rival group.

The victim who did not belong to any cult group, was said to have passed the night at his friend, a cultist’s house. When the rival cult members arrived there and didn’t meet the cultist at home, they decided to kill the innocent man as he was their only available option.
The death of the innocent man escalated the clash between the two groups as they began to fight and kill each other. The  killings reportedly occurred on Monday morning.

“The incident happened around 3-4am on Monday, it was an incident that continuously happened between two rivalries cults groups, vikkings and klans men,”

Inuwa said that policemen have been deployed to the area.

“They have fought between themselves and some people have sustained various degrees of injuries. We have deployed team of police men to the area.”

Reacting to the incident, an indigene and Special Adviser to Governor Ben Ayade on cocoa development, Mr. Oscar Ofuka who described the killings as “regrettable,” sued for peace in other to ensure the community develops.

“This one clash too many is not welcome at all, fighting between two rivalry groups does not bring development, our children should give peace a chance. We have just celebrated two years of continuous peace in the area before this happened. Our youths have been maintaining this peace before this incident occurred on Sunday.
“The entire community is thrown into mourning and I call on the police to fish out the perpetrators of this heinous crime, they should investigate the causes of this clash and brought the suspects to book. This is not the time for this kind of incident; we should see ourselves as brothers and sisters,” he said.

You came at a time Nigeria needed you most, proud citizen hails ‘mother’ Sadiya Farouq in open letter

Nigerian Army @ 157, the role  of corporate social responsibility in the fight against insurgency