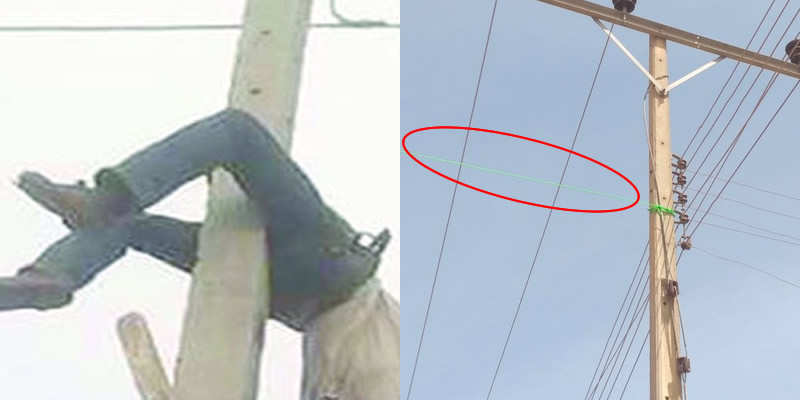 A member of the All Progressive Congress (APC) in Jigawa State, Jamilu Tukur, was electrocuted while hoisting a campaign banner of President Buhari and Governor Mohammad Badaru on an electric pole at Kudai community in Dutse local government on Saturday November 10th.

Confirming the incident, the spokesperson of the state police command, Auu Jingiri, said the deceased who was 25-year-old climbed an electric pole to tie the banner and in the process was electrocuted.

“The victim was rushed to Rashid Shekoni Specialist Hospital Dutse but died immediately on arrival at the hospital. No foul play suspected, case under investigation” the policeman said.

The father of the deceased, Mr Tukur, says he has taken the death of his son as the will of God.

“No one can change what Almighty God has destined to happen, the late Jamilu is a good Samaritan loved by all. The number of people that registered their condolence in my house is a justification that my late son has a good rapport with people. My thanks goes specifically to Governor Mohammad Badaru for sending me N100.000 and Dutse council chairman for the gift of N15.000 and two bags of rice, one carton of Spaghetti, and a gallon of cooking oil,” he said.

Jamil has since been buried in line with Islamic injunctions.

Another interesting topic; Nigerian Pastor almost crush son to death with his car