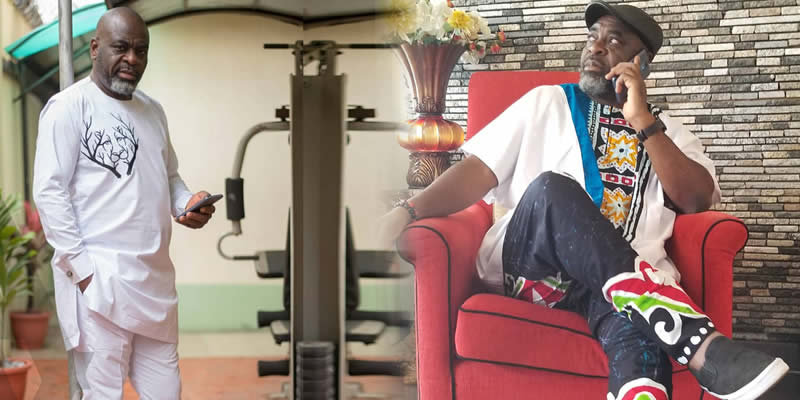 Why Yoruba actors don’t have a six-pack –Funsho Adeolu

In a recent chat with Saturday Beats, popular actor, Funsho Adeolu, said most English-speaking actors had a six-pack because they are not really actors but models.

While their English-speaking counterparts in the Nigerian movie industry spend hours in the gym burning unwanted calories and building their biceps, it seems that actors in the Yoruba-speaking sector of the industry are not bothered about buffing up.

“They have a lot of time to do exercises. They are models and not really actors; I am not joking. A busy actor would only think of his health and do the normal exercise to keep fit. What am I using a six-pack for? I want to dress and be seen as a role model.

“In the Yoruba-speaking movie setting, when you get to a particular age, you would not be given the role of a small boy so I do not need a six-pack. By the time you keep a six-pack, it gets to a point where it turns to a nonsense pack because they would not use it again. The only thing is to live a healthy life.

“When you see that you are getting obese, work on it. I used to be a model but I did not have a six-pack. I learnt taekwondo as well. I am not saying having a six-pack is bad or that it is bad to look nice. If I have to take a picture, I can easily tuck in my tummy.

Speaking on the likely problems of marriages involving celebrities, the actor revealed that as a little child, he had vowed that he would never have a broken marriage.

He said, “I decided when I was a child that I would not have a broken home because I grew up in one. I said that my children would grow up to see both their parents together till we die. I thank God that we have never had any crisis that has shaken the foundation of our marriage.

“Women like to be seen like they own the house and I allow it because I know that I am the breadwinner of the family. I do not lord it over my wife; she is my friend. If anything causes a rift between us, we do not sleep until we talk about it. Once we settle the rift, we settle it ‘properly’ as husband and wife and in the morning, everything is okay. She would smile before she leaves the house.”  You may also like to read; Nigerian entertainers are too broke for me – Maryam Charles