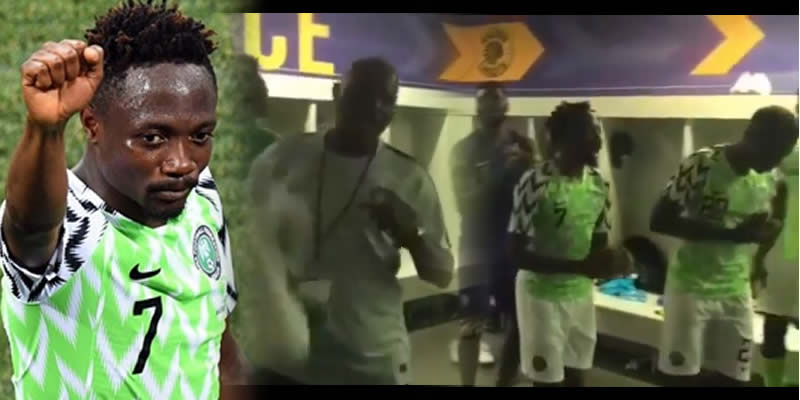 Ahmed Musa has slammed an IG user who said because he is a Muslim, he shouldn’t have joined other Super Eagles stars in singing a worship song .

Yesterday, the Super Eagles stand-in captain, shared a dressing room video of himself and other stars singing a worship song after Nigeria qualified for the 2019 Africa Cup of Nations.

It was a lovely video that showed the eagles savour their qualification to the continental showpiece, but everyone didn’t seem to be pleased with the video.

An Instagram user sparked a controversy on his page by criticizing him for dancing and singing to a worship song, saying he shouldn’t have done so since he was a Muslim.

See his replies below; 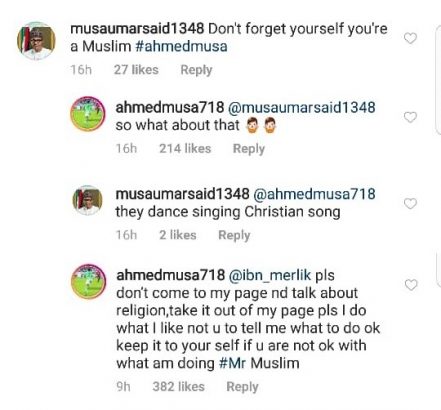 You may also like to read; AFCON 2019 qualifiers: Delta State Governor, Ifeanyi Okowa promises Super Eagles $25,000 for each goal scored against South Africa