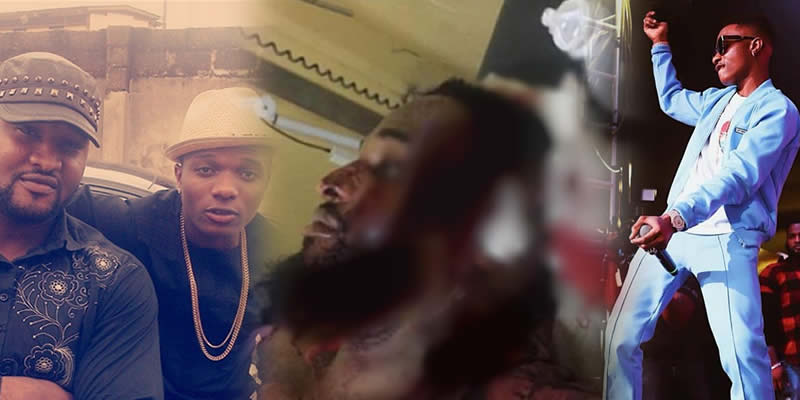 Wizkid’s bodyguard identified as Roy Emmanuel, escaped being macheted to death at a club in Lagos on Thursday, 15th of November, 2018 while defending his boss.

It was gathered that the incident occurred shortly after Wizkid’s bodyguard waded into an argument at club DNA, which denied that the Nigerian music star bought the Lamborghini Urus he recently showed off on Instagram.

READ: Lady cries out after roof crashes on sleeping neighbor in Lekki

Those present at the club claimed that Wizkid was owing the club millions of Naira for drinks bought on credit, and so couldn’t afford to buy a car. However Roy who defended his boss, further stated that Wizkid will clear his debt when he returns to the country.

The heated argument reportedly left him butchered by a suspect who fled immediately. The suspect who is currently on the run, is said to be a bouncer at the club. Wizkid’s bodyguard who was seen talking to the owner shortly after the incident, was reportedly rushed to an undisclosed hospital where is currently recuperating.
GRAPHIC images