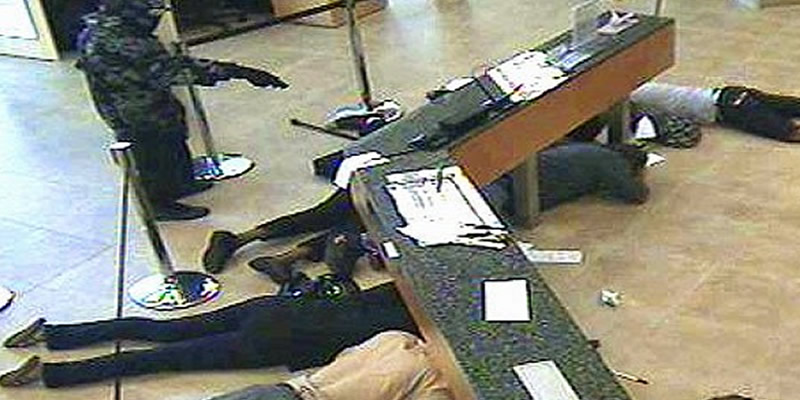 Suspected armed robbers on Monday killed four persons during an attack on a bank in Ijero-Ekiti. The Ekiti State police command on Monday confirmed the amount of people killed killed during the violent robbery attack.

The victims of the robbery include two policemen, a bank security guard and an aged man.

The robbers were said to have launched attack on the town’s police station where they killed the two cops before heading to the bank for the robbery operation.

The robbers allegedly invaded a police station in the town and killed two policemen on duty, while a chief security guard of the Bank was shot at the Automated Teller Machine (ATM) gallery of the bank.

The robbers were said to have entered Ijero through Aramoko Road in an ambulance with a casket laced with weapons.

An eyewitness disclosed that the robbers announced their arrival with gun shots which sent residents scampering for safety.

The bandits reportedly blew the bank’s security door with dynamite to gain access into the banking hall.

They were said to have made away with unspecified amount of money during the raid which was said to have lasted for about an hour.

The heavy shooting by the robbers paralysed transportation, economic and social activities.

The raid of the bank in Ijero was coming barely three months after a similar incident at a first generation bank in Igede Ekiti, in which a police man was killed.

The Police Public Relations Officer in Ekiti State, Mr. Caleb Ikechukwu, who said he was still at the branch of the bank “to gather reliable information on the armed robbery incident,” said the attack occurred at about 5:30pm.
Ikechukwu said: “There was casualty. They succeeded by using dynamite to gain access into the banking hall and the robbery took place around 5:30pm on Monday.”