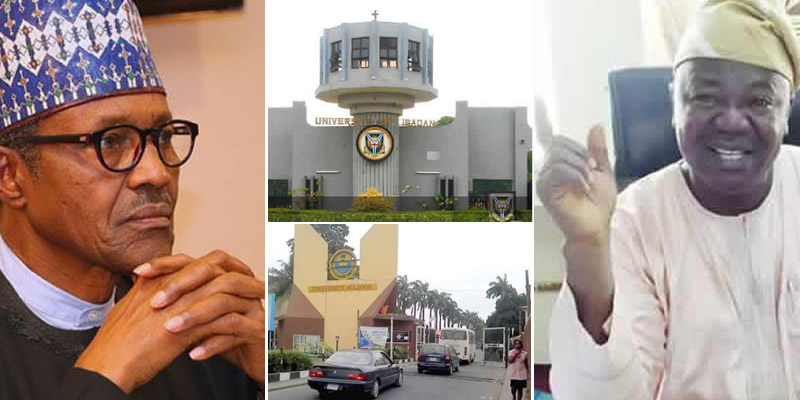 Buhari, who was represented by the Vice President, Prof. Yemi Osinbajo, also acknowledged that university education was under-funded and that the Academic Staff Union of Universities was right to go on strike, as he urged institutions to leverage alumni and partnership with the private sector to provide the needed push to the infrastructure of universities.

Following the declaration, the President of ASUU, Prof. Biodun Ogunyemi, said that ASUU would resist attempts by the Federal Government to make public universities commodities to be traded on the stock exchange.

Ogunyemi who spoke with our correspondent on Monday, said, “There are two dimensions to that. The first is if they intend to borrow money from the capital market, maybe through bonds, well, that may be fine. But the other dimension, which is particularly dangerous, is to trade with universities. That is turning universities to commodities. ASUU will not be a party to that. ASUU will resist that because it is part of the agenda to commercialise and privatise public education.

“If what the Federal Government is planning to do is to invite their so-called “private investors” to public universities, ASUU will refuse it because education is a public good, our public education should be funded with public funds. So any attempt to privatise public education in whatever disguised form, to trade universities on the stock market, ASUU will resist it. We are not unaware that one or two state governments were already planning something like that and we are looking into it.”

“If the government is saying that they are finding it difficult to fund public universities, we have proposed a number of sources, as outlined in the document that we submitted to them. The government can also set up a joint committee to look at the ways of funding public universities. If they have the commodities they want to sell there to generate funds for universities, fine. But it is not by selling universities to those who want to buy shares.”

READ: We’re Ready To Negotiate With FG Over Strike – ASUU

However, the Federal Government and ASUU agreed on the need to leverage alumni of universities to contribute to the growth of higher institutions, Ogunyemi said, “We are not opposed to the alumni idea. We also suggested that. We suggested that alumni should come back and help their alma mater because there are a lot of those that benefited from public education. They can also give back.”

The ASUU president then urged the government to make education a priority, stating that it is the best investment and cure to various societal ills. “The fact has shown that investment in education yields better return in the long run than investing in stocks. Any government that ignores public education will not escape its consequences through rising crime rate, rising poverty, increased manifestation of preventable diseases, squalor and general underdevelopment.

“See what is happening in the North-East, South-South, even in the South-West and other parts of the country, we have a lot of issues on our hands. So, any attempt to privatise public university, ASUU will resist that.”