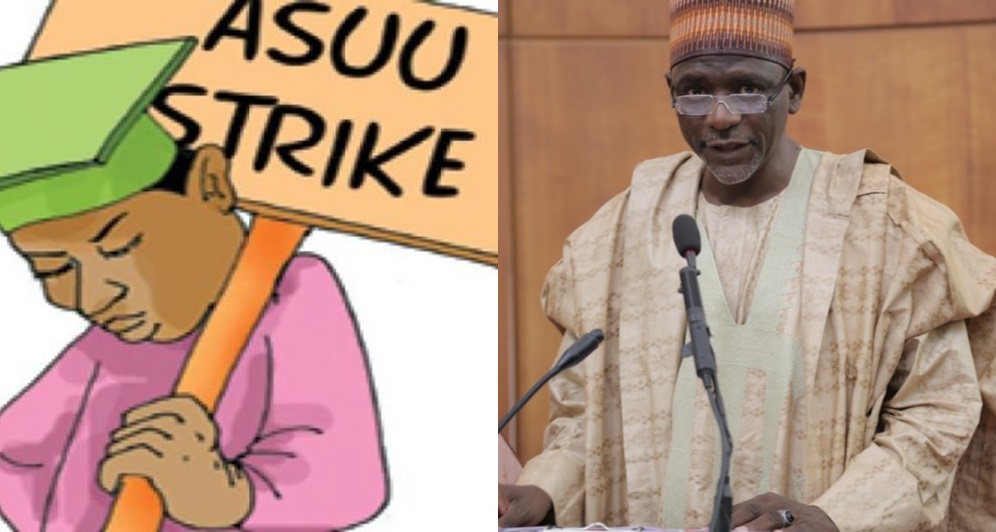 We’re Ready To Negotiate With FG Over Strike – ASUU

ASUU President, Prof. Biodun Ogunyemi, disclosed this to newsmen on Wednesday in Abuja.

Ogunyemi said that meeting with the Federal Government delegation has been scheduled for Thursday, one o’clock at the instance of the Minister of Education, Malam Adamu Adamu.

According to him, the N200bn released by the Federal Government in September 2018 is not an issue, but that the N200bn ought to have been released in October 2017 as part of the 2013 agreement.

“It would be recalled that the Federal Government had agreed to inject N1.3trn to fund universities at N220bn yearly for five years.

“If government fails to fund public universities the situation on campuses may degenerate, worse than the already poor quality teaching and learning environment,’’ he said.

The ASUU president, however, insisted that the ‘No work no pay’ threats by the government would not affect the lecturers as the industrial action was legal in Nigerian labour law and international conventions, which Nigeria is signatory.

He added that ASUU is hoping that the meeting scheduled for Thursday will be used to resolve the issues at stake and not to continue to raise alarm that past administrations made bogus agreements with the university lecturers.

The News Agency of Nigeria recalls that the striking lecturers had resumed its strike on November 5 to press home its demands.

Other demands are: non-payment of Earned allowance, funding of revitalization of the Nigerian universities, implementation of needs assessment report, poor funding of state universities, among others.