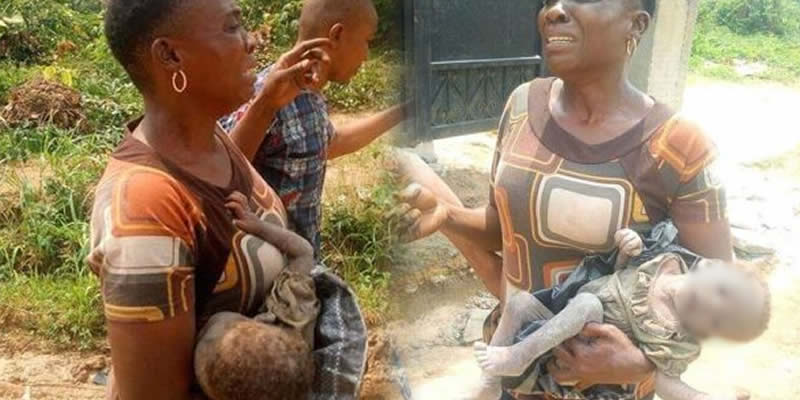 Female kidnapper ties baby up in a bag of cement (Photo)

A female kidnapper who tied up a baby in a bag of cement for over a week, has been apprehended in Ozuoba community, Obio/Akpor local government area of Rivers State.

The female kidnapper who was caught this afternoon, took residents of the area to where she tied up the baby in a bag of cement after confessing to the crime. The baby was found alive but looking emaciated. 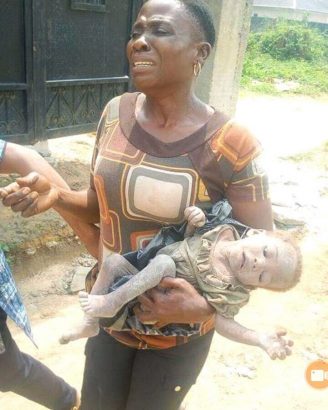 While the kidnap victim was rushed to the hospital, the residents of the lady who lynched the lady, dragged her to the police station while she wept.

The suspect who is said to be a wealthy lady in the area, reportedly confessed to selling her victims to ritualists. It was further gathered that all her children are based abroad. Here are photos shared below; 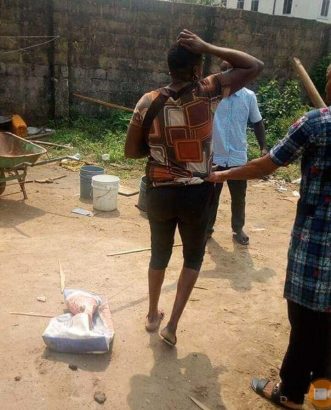 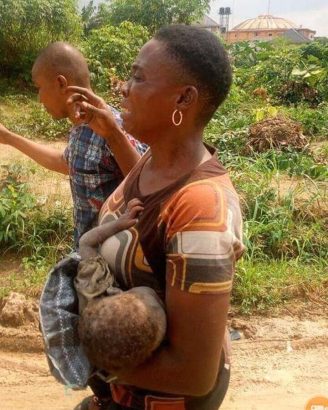 Recall that few months ago, it was reported that a female kidnapper who abducted the son of APC Chairman in Borno State, Bukar Dalori, disclosed that she has no regrets over the act that got her arrested.

The female kidnapper, Fatima Muhammed, who kidnapped the 4-year-old boy on September 21, 2018, in Maiduguri, was pregnant at that time. She reportedly gave birth to a baby boy in Guess Inn, while keeping the victim she had abducted from a school and demanded a N20m ransom for.

You may also like to read; When I hold this charm, nothing can penetrate me – Robbery Suspect