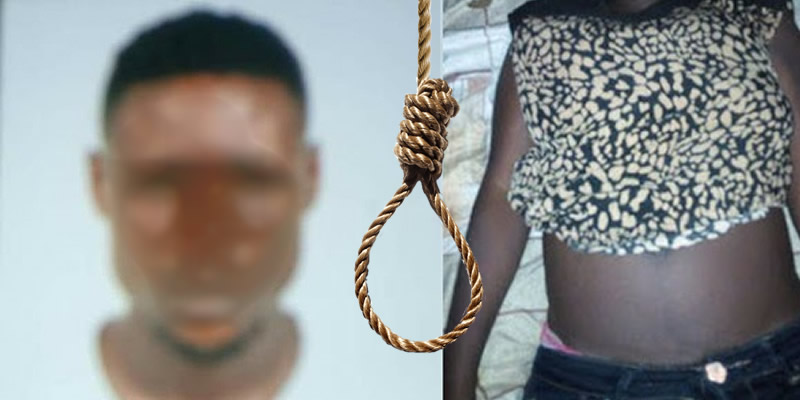 A Plateau High Court sitting in Jos, on Monday sentenced a 24-year-old man, Godwin Banchir, to death by hanging for beating his 65-year-old mother to death.

Justice Daniel Longji handed down this sentence after finding Banchir guilty of killing his biological mother.

While delivering the judgment, Longji said: “Going by the findings of this court, you Godwin Banchir, mercilessly took the life of your mother, Mrs Saratu Banchir, in cold blood.

“This sentence is mandatory, as the law states that any person convicted of murder shall be punished with death by hanging.

“The sentence of this court upon you is that you, Godwin Banchir, will be hanged until you are dead, may God have mercy on your soul,’’ he said.

According to Longji, the accused has been charged with culpable homicide, punishable with death upon conviction.

Banchir, in his confessional statement, stated that he returned from the farm and found his mother sitting in the compound and when he greeted her, she ignored him, that infuriated him and he picked a stick and hit her.

He said, “I got angry when she did not respond to my greetings, so I picked the stick of an axe and hit her around her ribs.

“She fell down and started shouting, which attracted our neighbours who came to beat me up and later took me to the police station.

“I have been having misunderstandings with my mother each time I return from the farm, she doesn’t cook for me on time, and she always quarrel with me whenever I want to bath with the water she fetched from the stream.

“Her actions always annoy me. I did not know that she was going to die from the beating she received from me.”

You may like to read; Kogi State University student stabbed to death by fellow student (photos)