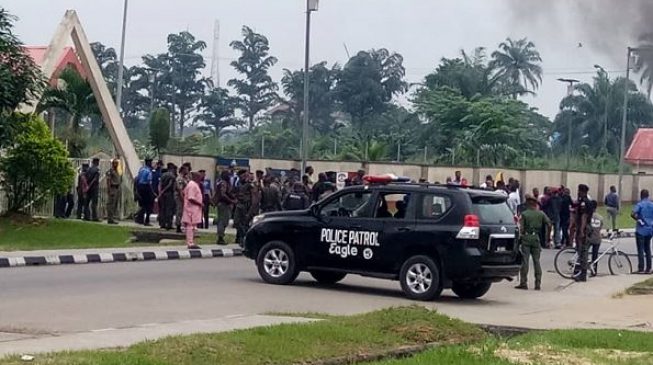 Five lawmakers in Akwa Ibom State Assembly whose seats were recently declared vacant by the Speaker of the House, Barr. Onofiok Luke had in the early hours of today stormed the Assembly complex with thugs and heavily armed policemen.

They were seen with a mace which could be for the impeachment of the Speaker, suspension of the 21 members of the Assembly and probably commence proceedings to impeach the Governor of the State.

It was gathered that the lawmakers chased everyone out, manhandled the Press Secretary to the Speaker, Kufre Okon and headed straight to the chambers.

All the doors were shut while the former lawmakers were still inside the chambers for the proceedings.

You may like to read; Chaos in Anambra state House of Assembly as police teargas lawmaker, thugs