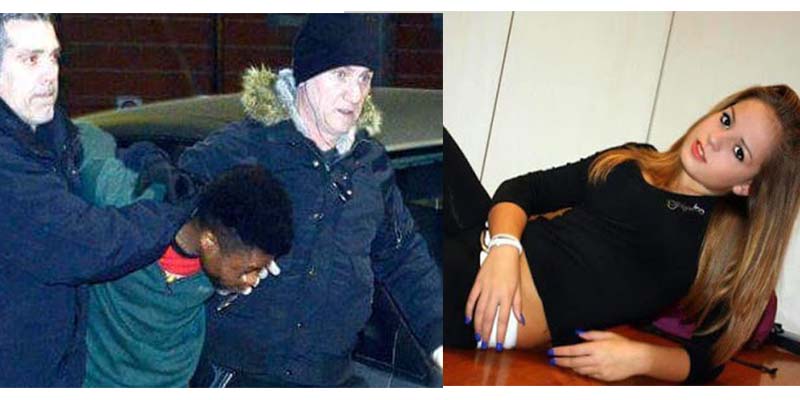 A judge on Monday, set the trial of Innocent Oseghale, a Nigerian alleged drug pusher charged with the murder and dismemberment of 18-year-old Roman woman Pamela Mastropietro, to February 13, 2019.

A preliminary hearings judge rejected Oseghale’s bid for a fast-track trial. Acording to judicial sources,  Oseghale, 29, admitted to a cellmate who is a police informant that he killed Mastropietro before chopping her up.

Oseghale denied the claim when the informant’s testimony was read out to him at a preliminary hearing.

He again admitted to chopping up the 18-year-old Roman woman’s body but not to her homicide, sources said.

Mastropietro’s dismembered body was found in two suitcases outside Pollenza near Macerata on January 31.

Oseghale is accused of rape, homicide, trying to hide a body and contempt for a human corpse. He claims they had consensual sex.

During questioning in English with investigators at Marino del Tronto jail, Oseghale said Mastropietro died of a drugs overdose at his home and he cut up her body as part of an attempt to get rid of it.

Oseghale also denied raping Mastropietro and cleared his compatriot Desmond Lucky, saying he was alone with the woman when she died.

A few days after Mastropietro’s body was found, a far-right activist, Luca Traini, shot and injured six Nigerians in Macerata.