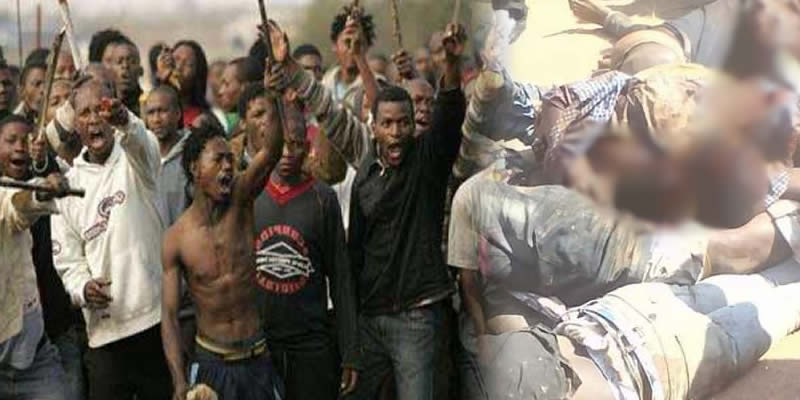 By Aanu Damilare Last updated Nov 28, 2018
Share FacebookTwitterWhatsAppReddItPinterestEmailLinkedin
Thirteen suspected members of a cult group were at the weekend killed in a clash with youths of Lessel community in Ushongo Local Government Area of Benue State.
It was gathered that the bloody clash which lasted over two hours also left several persons with serious injuries.
According to reports, the crisis started when members of the cult group who were in the town for a convention allegedly attacked and killed a commercial motorbike operator whose bike they had attempted to snatch.
CHECK THIS ALSO:

A fight ensued with some of the cult members hacked to death, while others who were captured alive led the youths to where other members of the group were hiding. They were all rounded up by the youths but not after killing at least 9 of them had been killed.
It took the intervention of the police who stormed the area to stop the killing of more of the group members, most of whom had been beaten to pulp by the angry youths.

The state Commissioner of Police, Mr. Ene Okoh, who confirmed the incident said nine persons were killed in the clash.

You may also like to read; Iceland cult leader, Akpan Prophet rape pregnant woman in Akwa Ibom, forces her to make oath with human skull

Photos: Parents Gifts Daughter A Brand New Car For Her Upcoming Graduation As A Doctor