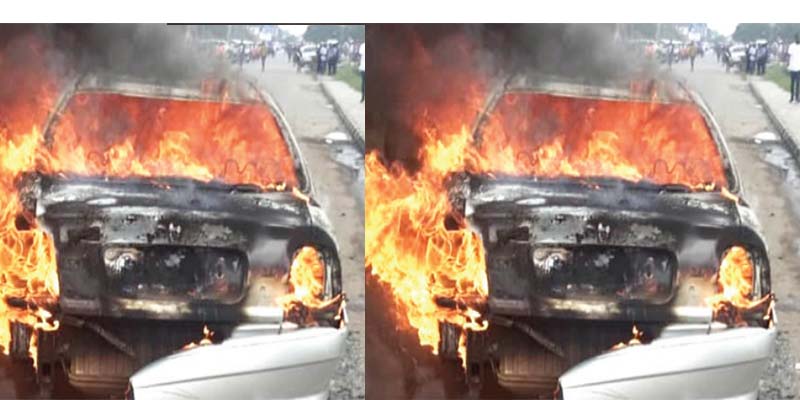 The Senate on Wednesday directed its Committee on Police Affairs investigate the Tuesday’s alleged invasion of the Akwa Ibom State House of Assembly by suspected thugs.

The committee led by a member of the ruling All Progressives Congress from Zamfara North, Tijjani Kaura, was given 48 hours to present its findings to the Upper Chamber of the National Assembly.

In giving the committee the mandate, the President of the Senate, Bukola Saraki, said the National Assembly should be interested wherever democracy was under threat.

“We were all here when this chamber was invaded. We cannot tolerate the invasion of the hallowed chamber of any legislative house. It is completely unacceptable.

“The Police Affairs Committee should find out what happened and report back to the Senate within 48 hours,” he directed.

The resolution followed the presentation made to the Senate by Bassey Akpan from Akwa Ibom North East on the alleged invasion.

According to Akpan, some suspected thugs had on Tuesday invade the state House of Assembly and disrupted activities at the complex.

Crisis brew in NASS over tenure of Clerk, others

Describing himself as an eyewitness, the Senator said he had a first-hand information of the invasion having accompanied the state governor, Udom Emmanuel, to the scene.

Akpan further claimed that the suspected hoodlums were allegedly led by a senior police officer in the state.

He accused the state Commissioner of Police, Musa Kimo, of taking sides with the invaders whose mission he said was to truncate democracy in the state.

He said the police boss supported members of they. All Progressives who were in minority in the House of Assembly cause break down of law and order.