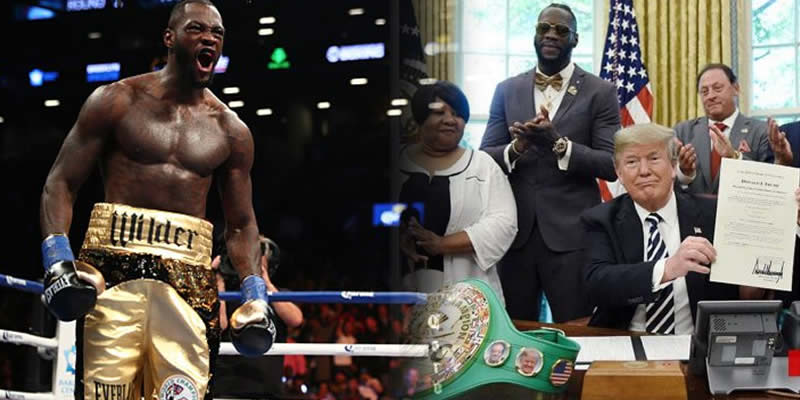 Deontay Wilder has been called out by a heavyweight contender for visiting Donald Trump, even though he loved his passionate rant about racism.

After Wilder told Tyson Fury that black people have been fighting in this country for 400 years he went off on a radio host who asked him to explain the comment.

Wilder exploded with a passionate rant about how black people have been oppressed and mistreated in the U.S and he was offended that the radio host pushed him on the topic.

But, undefeated boxing star Jarrell “Big Baby” Miller has a problem with Deontay Wilder claiming he undermined his own message by meeting with President Trump back in May.

Wilder had visited Trump’s White House with Sylvester Stallone and others as part of the group paying homage to Jack Johnson after President Trump pardoned the late boxer for a 1913 conviction many believe was racially motivated. Jarrell said

“LeBron James, Steph Curry, a lot of other guys didn’t want to go up to the White House because they knew what Trump was doing was just using black athletes as a shade to hopefully get black voters to get on his good side.”

Goodluck Jonathan and his wife Patience, visit site of 7-storey building that collapsed in Rivers (Photo)