A Federal High Court sitting in Abuja, has been asked to refuse the request to make available to the public details of security spendings in the war against insurgency.

According to the suit filed by a lawyer, Mr. Osaze Agbonifo, releasing security spending to the public will breach the provision of Freedom of Information Act.

A civil society organisations, Global Integrity Crusade Network, had applied for the release of security spending on insurgency in the North East of Nigeria under the Freedom of Information Act.

But reacting to the development, the civil rights lawyer said the disclosure of such to any unauthorized body will be a breach of the provision of the Freeodm of Information Act and not in the interest of the country’s image. 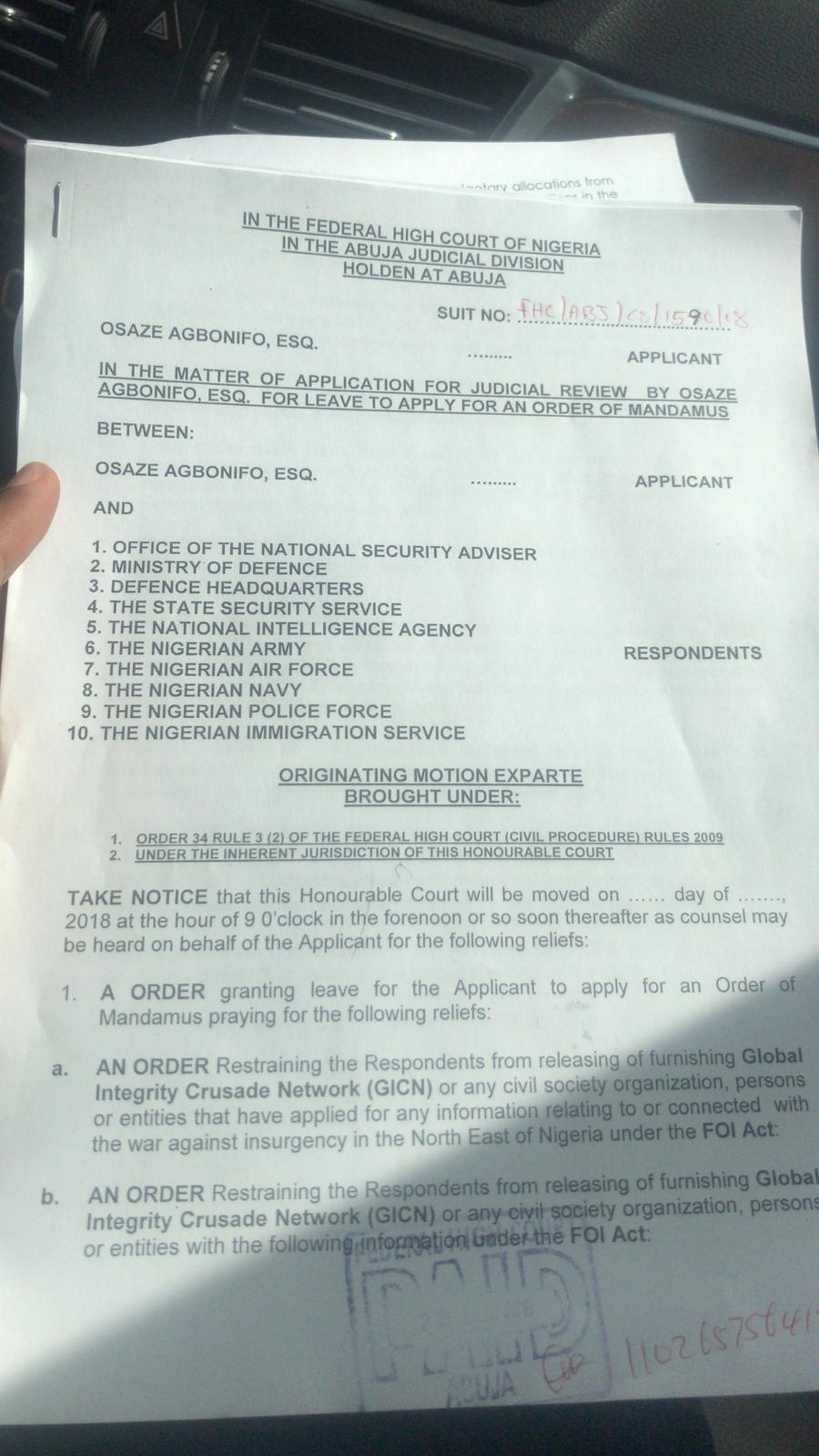 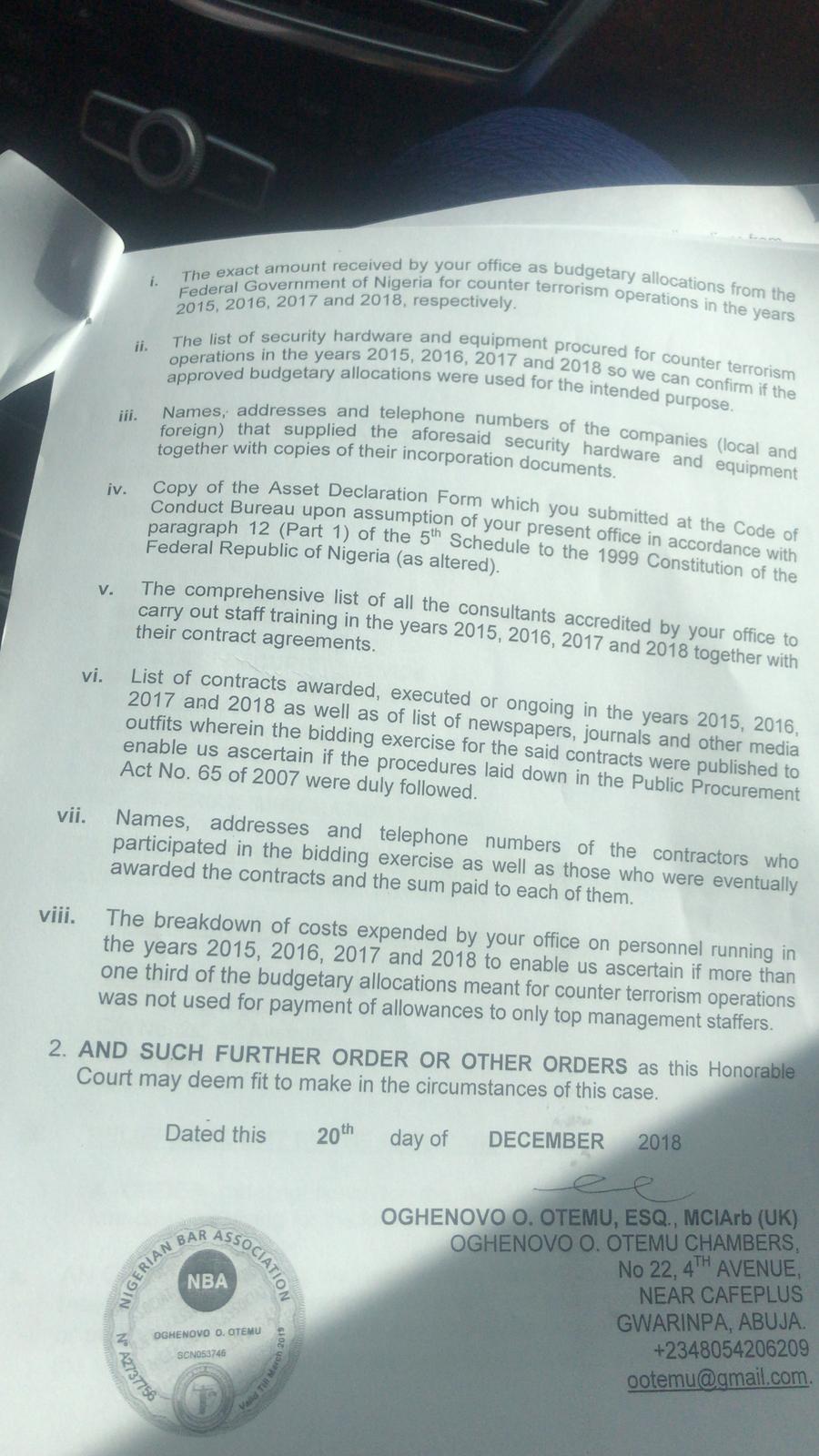 In the suit dated December 20th, 2018, filed by Oghenovo Otemu, the plaintiff asked the court for an order restraining the respondents from releasing details of security spendings to any CSOs acting under the FOI Act.

PHOTOS: Amotekun will be answerable to me, Makinde reveals during…

The plaintiff in the suit asked for an order restraining the respondents from releasing or furnishing Global Integrity Crusade Network or any civil society organization, persons or entities that have applied for any for any information relating to OR connected with the world against insurgency in the North East Under the FOI Act.

He also asked the court not to allow the respondents release the following information:

*The amount received as budgetary allocations from the federal government of Nigeria for counter terrorism operation in the year 2015, 2016, 2017 and 2018 respectively.

*The list of security hardware and equipment procured for counter terrorism operations in the year 2015, 2016, 2017 and 2018 so we can confirm, if the approved budgetary allocation were used for the intended purpose.

*List of contracts awarded, executed on ongoing in 2015, 2016, 2017 and 2018 as well as of list of newspapers, journala and other media outfit wherein the bidding exercise for the said contracts were published to be able us ascertain if the the procedure laid down in the Public Procurement Act No. 65 of 2007 were duly followed.

*The breakdown of coat expended by your office on personnel running in the year 2015, 2016, 2017 and 2018 to enable us ascertain if more that one third of the budgetary allocation meant for counter terrorism operations was not used for payment of allowances to only top management staffer.

No date has been fixed for the hearing of the case.