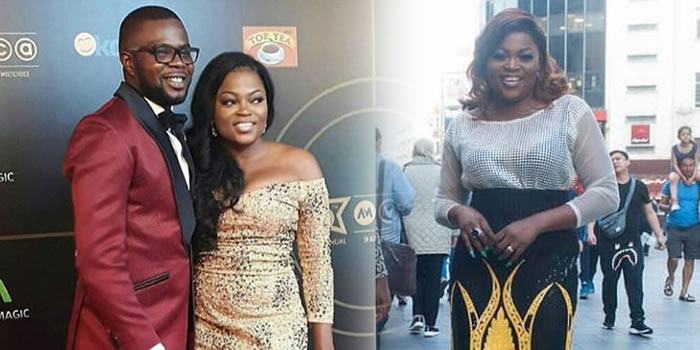 Nollywood actress Funke Akindele confirmed on Instagram the birth of her twins with a thought provoking song by Tope Alabi, Logan Ti Ode and a simple message: ”Thank You Lord’.

The song appears to be the actress’s response to rumour mongers and even a so-called pastor who never wished her well.

The song and the message have further triggered more congratulatory messages for the actress, also known as Jenifa, after her award winning movie and TV series of the same name.

By 7pm on Saturday, more than 35,000 people had written to rejoice with Funke and her husband Rasheed Bello, a.k.a JJCSkillz.

You may also like to read; Iyabo Ojo Celebrates 41st Birthday With Dazzling Photos And A Surprise From Her Loved Ones