Honest Corp member reports to NYSC after he was credited N198,800 instead of his normal N19,800 allawee

A corps member of the National Youth Service Corps (NYSC) just reported to the scheme after he was credited N198,800 instead of N19,800.

The Borno State serving youth corps member called on the attention of the NYSC to a transaction error they made after he was credited N198,800 instead of his normal N19,800 allawee.

He took to his twitter page to share the screenshot of the credit alert he received from his bank, which shows the credit error of 198,800 instead of N19,800. He wrote: 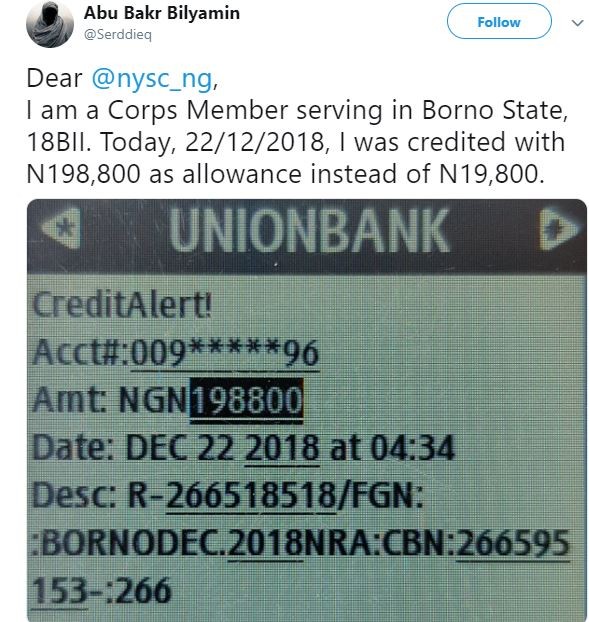 You may like to read; Female Corps Member Faints During NYSC Data Capturing Exercise In Abuja (Video)