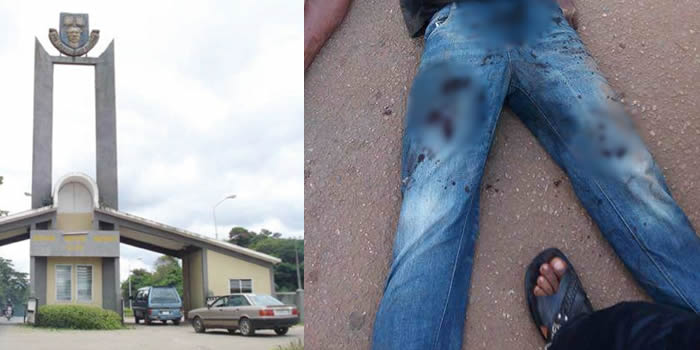 One Abiodun Babalola, a part three student of the Department of Accounting in Obafemi Awolowo University, Ile Ife has been reportedly killed by some unknown men who attacked Adam and Eve student hostel located along Ede road, Ile Ife.

The 300 level student, Babalola, died as a result of injuries he sustained during an attack on the ‘Adam and Eve,’ an out of campus students’ hostel, along Parakin-Ede Road, Ife.

The authorities of the Obafemi Awolowo University, Ile – Ife, have condoled with the parents and family members of the deceased.

A release by the Public Relations Officer of the University, Abiodun Olarewaju, obtained late Sunday, explained that “students were attacked in the wee hours of Saturday with dangerous weapons by some unknown persons, who inflicted varying degrees of injuries on them, before carting away their money, phones, and other valuables.”

The release also quoted the Vice Chancellor of the university, Prof. Eyitope Ogunbodede, as saying that “people should place the fear of God far and above worldly materials, wondering what sort of earthly possession would make a man to attack, maim and kill his fellowman.”

The Vice Chancellor then, on behalf of the Council, Senate, Staff, Students and the entire University Community, prayed that the Lord would grant eternal rest to the late Abiodun Babalola, his parents and family members the fortitude to bear the irreparable loss.

You may like to read; Photos of father of five, Security guard who committed suicide inside Ekiti State secretariat