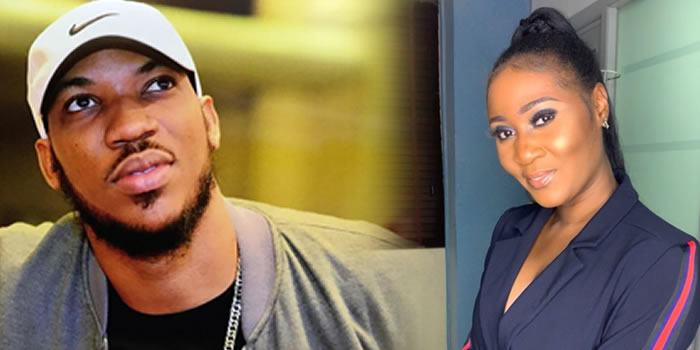 Yesterday, singer Skuki Peeshaun, shared a post on his Instagram page in which he was advising women to stop calling themselves king.

According to him, any woman who calls herself king is a weak woman.

Actress Toni Tones saw his post and advised him to allow people call themselves whatever they wish to. She advised Skuki to stop policing women and start policing men as they also need all the relationship advice he dishes out to women. See Skuki’s post and Toni’s response below 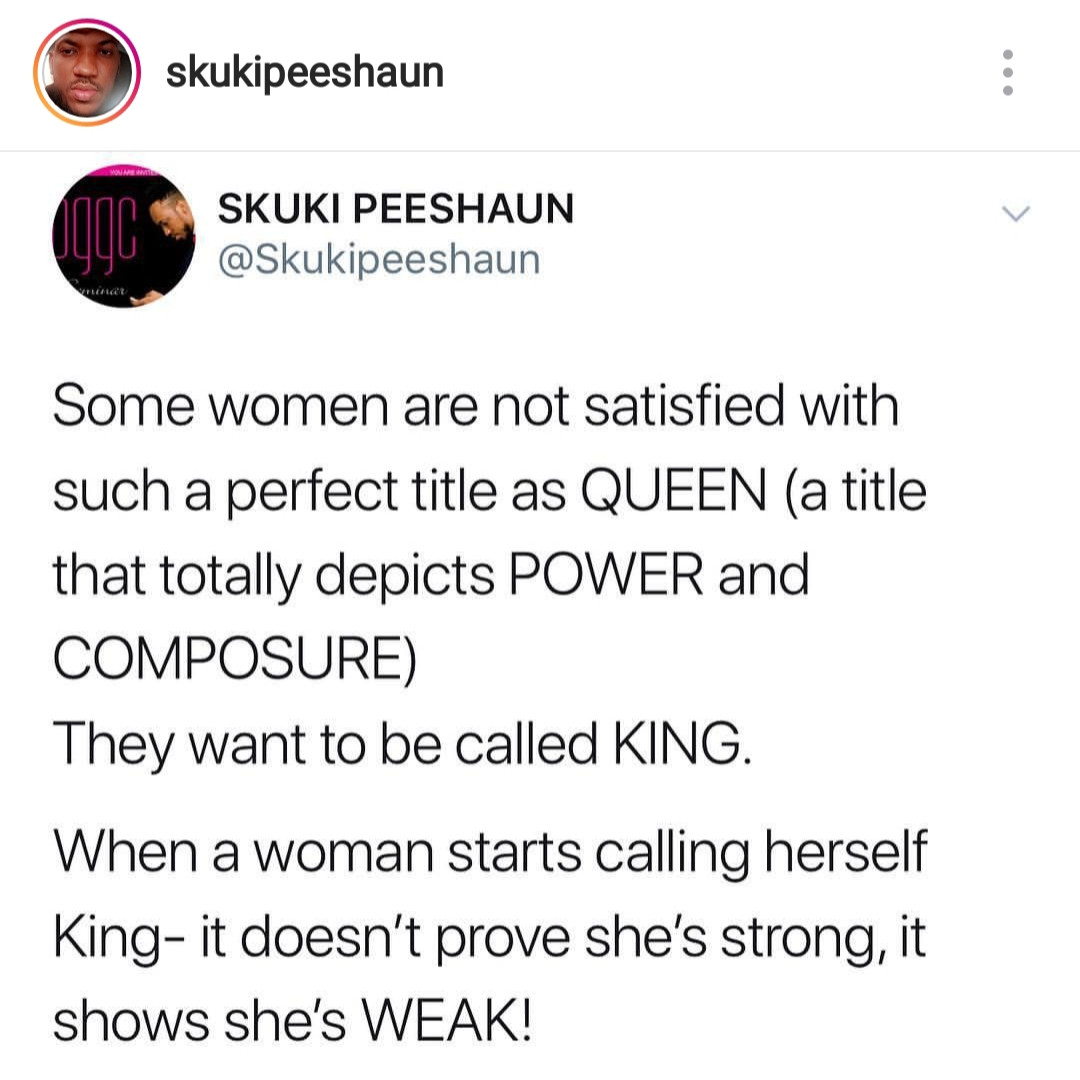 Toni Tones threatens a follower who encouraged her to smile more

It baffles me when some women try to act like men, just to show strength! #deadmove

.
Only weak women abandon their GOD-GIVEN FEMININE POWERS and try to be WHO THEY’RE NOT!
.
Think about it- Apart from physical strength, how much stronger than a woman is a man?
.
NOTE: Humans are both PHYSICAL AND SPIRITUAL. Men are stronger on the physical end, while women are stronger on the spiritual end.
.
Do you know why a man can have an orgasm in a minute?- It’s because his libido is tuned to the physical side of sex
.
Whether his mind is fully there or not, he would thrust-thrust and ejaculate
.
But a WOMAN who is MORE OF A SPIRITUAL BEING, has a libido that is more in tune with her spirit-side.
.
She needs to have her mind and thoughts in one place, before she gets a FULFILLING orgasm.
.
NOW LISTEN- Science proves that a woman’s orgasm is 9 times more intense than a man’s own. That right there, is SPIRITUAL ACCESS TO SEXUAL PLEASURE – Men don’t have that!
.
And so it goes in all other aspects of life! MEN ARRIVE FIRST, BUT WOMEN ARRIVE BETTER!
.
Even with SPERMS- which are the seeds of life! The male-sperm is faster, but the female-sperm is stronger.
.
DO YOU GET IT NOW??? Where a man’s strength stops, a woman’s own begins…
.

Therefore the women who try to imitate men are on a lost course… and apparently there are a lot of them in this generation!
.
#THECODE #PGGC 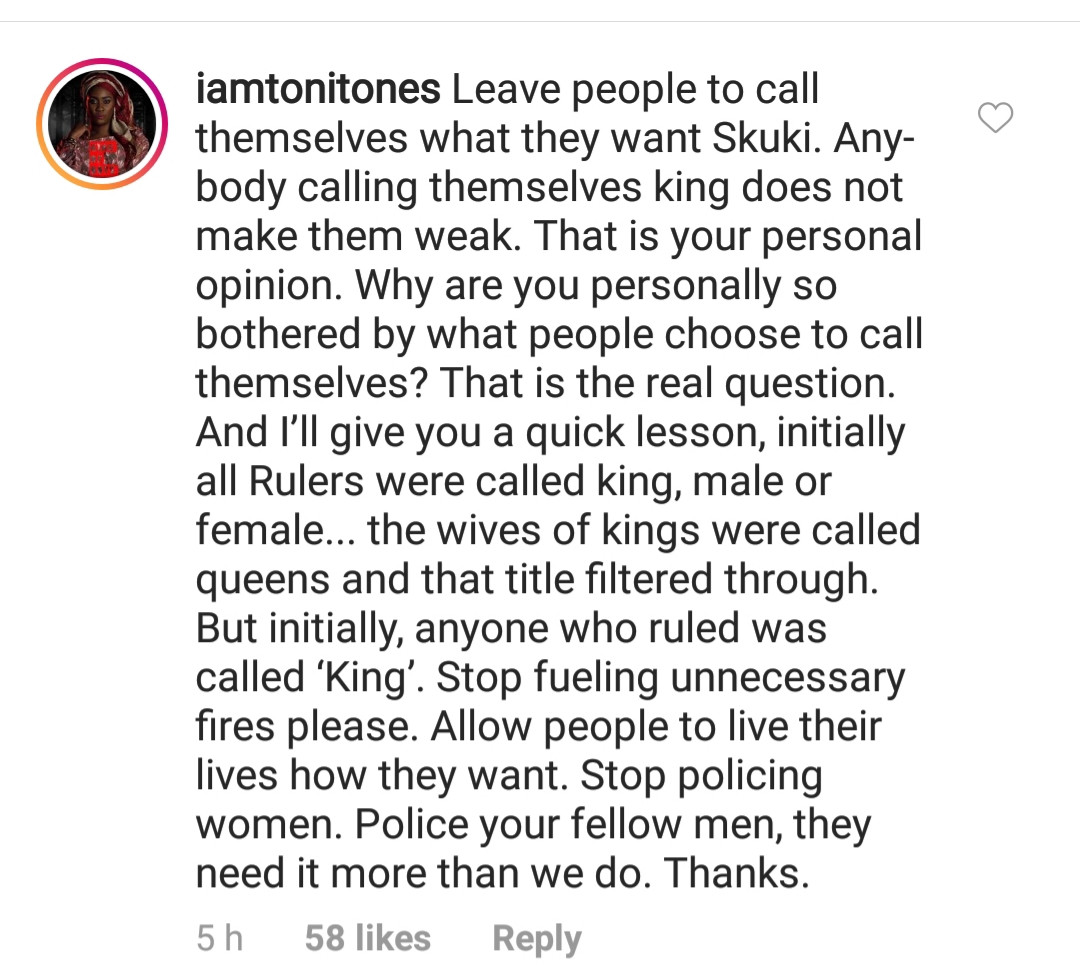 Seeing all the backlash he received, Skuki shared another post this morning replying all his citics. Read below

Replying to my last post about ‘WOMEN WHO CALL THEMSELVES KINGS’ some people commented:.

COMMENT 1: If a woman has been through hell, and she feels she has completed a masculine feat, then she is free to call herself KING”

.
MY RESPONSE: The fact that you feel you must compare your STRENGTH to that of a man, before it can be SEEN as ‘strength’ shows your lack of faith in your feminine powers
.
With this contradicting-mentality, you BETRAY your gender, more than you stand for it.
.
COMMENT 2: Some men call themselves lions, just to show they are strong. So there’s nothing wrong with a woman calling herself KING, just to show she’s strong
.
MY RESPONSE: As a man it’s flattering that you compare yourself to us, just to feel strong. Thank you!
.
But I hope you know with your statement, you have totally de-valued the unique strength of QUEENS
.
I don’t know who did this to you, but this way-of-thinking, oozes of inferiority complex.
.
When a man describes himself as a lion, he speaks STRICTLY in terms of physical strength, and in that case he AGREES that the lion is ONLY physically-stronger.
.
So are you saying you agree that men are more powerful than women?
.
What are you representing exactly?
.
You want EQUALITY OF THE SEXES to be a reality, yet you’re denouncing your reality as a woman, to fight for the reality-of-women ??‍????‍??
.

Maybe you don’t realize it, but YOU HAVE DECAMPED!… lol.
You have simply joined the men, and now YOU’RE FIGHTING WOMANHOOD
.
#THECODE #PGGC

Toni Tones threatens a follower who encouraged her to smile more