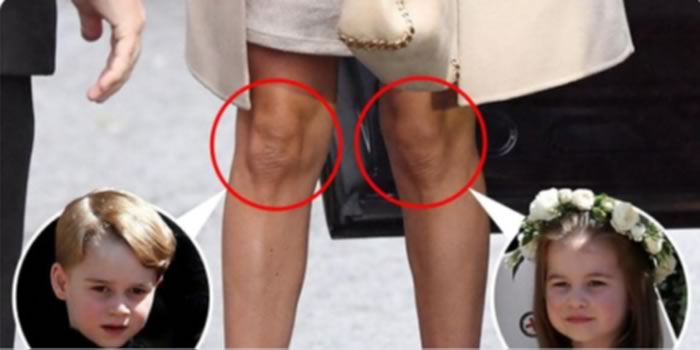 Meghan Markle visited a dog charity yesterday in a short dress that left her knee exposed and people have commented that they can see Princess Charlotte’s face on the Duchess’ knee.

Looking closely at the Duchess’ knee in photos taken yesterday as she visited Mayhew Animal Charity, it looks as though her knee took the form of a cherub-faced child.

Royal fans say the face looks to them like Princess Charlotte and The Sun speculates that the Duchess of Sussex intentionally wore a short dress as a way of making the ‘ultimate tribute’ to her niece.

But a lot of people on social media sarcastically made fun of the said resemblance. Some said it was a war of diverting attention from the Brexit discussion.

Commenting on the “uncanny resemblance”, Alice Dear said she had ‘no words’ while Ed Tyler commented that the news was ‘huge if true’.

Cady Drell tweeted: ‘Gonna send this to my boss as proof that we’ve reached the internet event horizon and we should get the rest of the day off.’

Epic throwback photos of 2face, Annie Idibia, Ruggedman and others from 2004