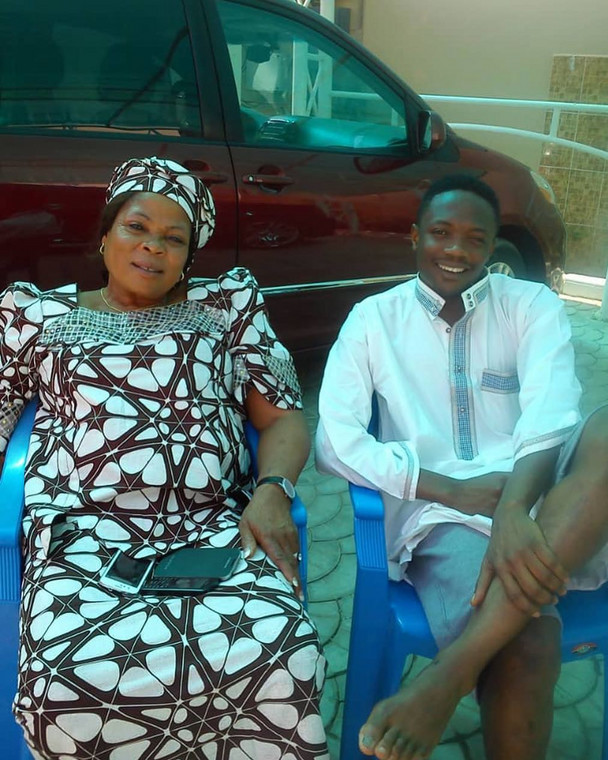 NFF, Al Nassr send condolences to Ahmed Musa on passing away of mother

The Amaju Pinnick led Nigeria Football Federation (NFF) and Al Nassr of Saudi Arabia have sent their condolences to Super Eagles forward Ahmed Musa on the death of his mother Sarah Moses.

Ahmed Musa lost his mother to sickness in an Abuja hospital on Thursday, December 25 as he announced on his official Twitter handle.

On behalf of the NFF, Pinnick issued a statement of condolence to the Musa on the death of his mother.

He said, “This is a huge shock. It is always a thing of grief and pain to lose either of one’s parents, no matter how old they were before they passed on,” Pinnick was quoted on thenff.com.

“We share in Ahmed Musa’s sorrow at this period and we pray that God will enable him to muster the courage and give him the fortitude to bear the loss. We also pray for the repose of the soul of the departed”

“Ahmed Musa has always shown a high level of dedication and patriotism in all the matches he has played for Nigeria. Everyone is in sympathy with him at this period.”

Pinnick also stated that he will co-ordinate with the Ministry of Sports to help Musa on the burial.

He said, “I have spoken to the Honourable Minister of Youth and Sports, Barr. Solomon Dalung, who directed that I should ensure that the player was provided with adequate security at this period, especially his night movement to Jos.

“With the assistance of the Minister, I was able to get across to security operatives in Jos and they assured me of adequate security for Ahmed.”

Musa moved to Saudi Arabian side Al Nassr from Leicester City during the summer transfer window.

The Saudi Arabia side took to their official Twitter account to send their condolences to Musa on the tragic incident.

The message said, “ALNASSR president @SSuwailm expresses our deepest sympathy and condolences to @Ahmedmusa718 upon the passing of his mother.”

According to the NFF, Musa is making arrangements for the burial scheduled for Jos.