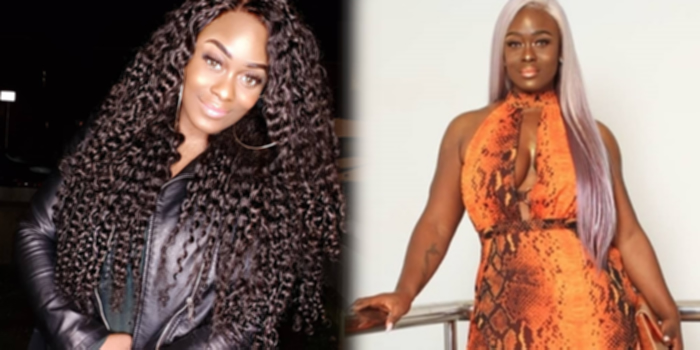 Big brother Naija star, singer and chef, Uriel Oputa has revealed why her last relationship ended. According to her, he left because she got tired of giving him money.

Uriel answered this during a question and answer session with her fans on Instagram.

The fan asked her if she was in a relationship and what was the cause of the breakup. 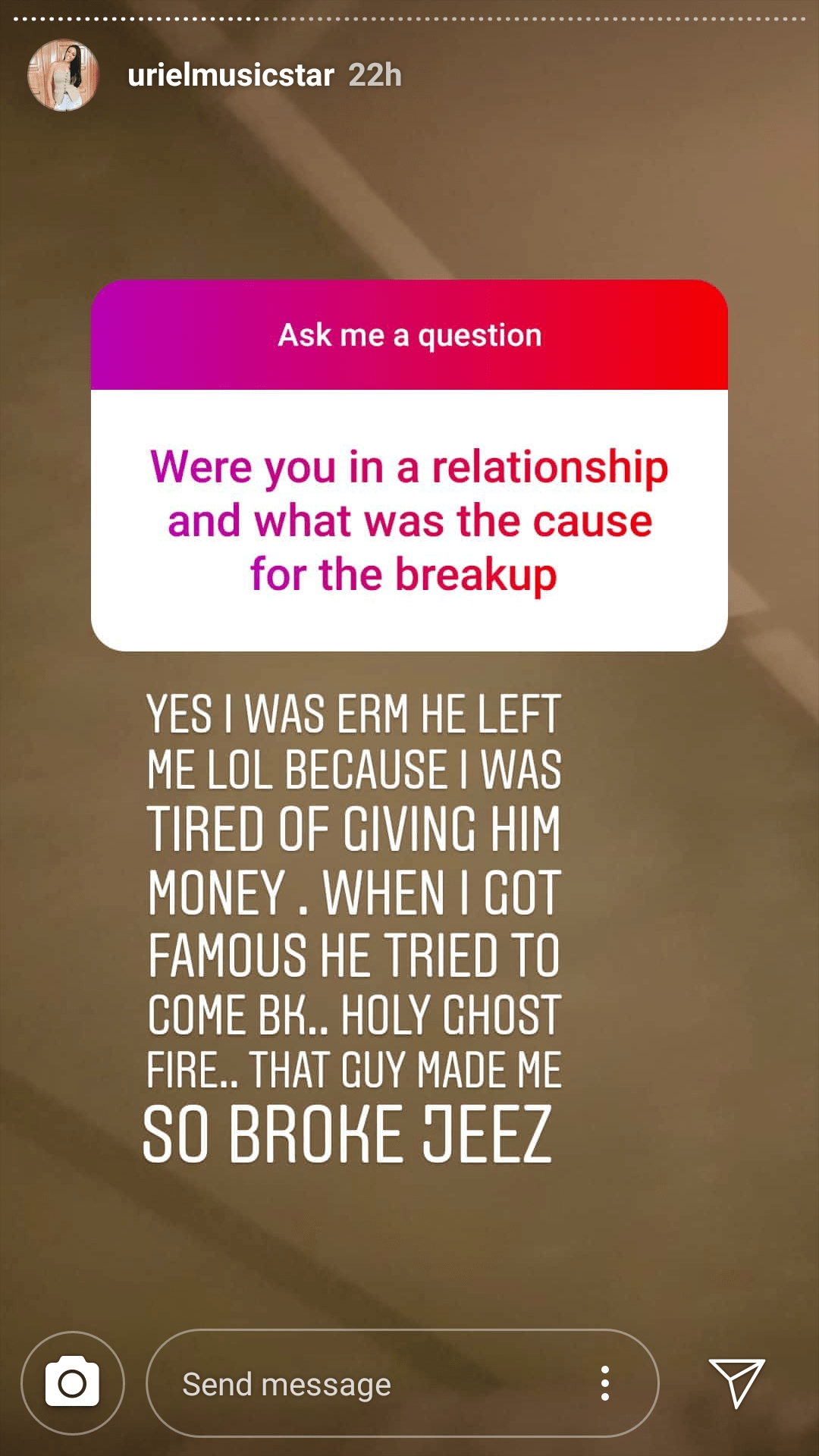 Uriel said,“YES I WAS ERM HE LEFT ME LOL BECAUSE I WAS TIRED OF GIVING HIM MONEY. WHEN I GOT FAMOUS HE TRIED TO COME BK.. HOLY GHOST FIRE.. THAT GUY MADE ME SO BROKE JEEZ”.

She also revealed she has been celibate for over 2 years now, as she is waiting for Mr. right. 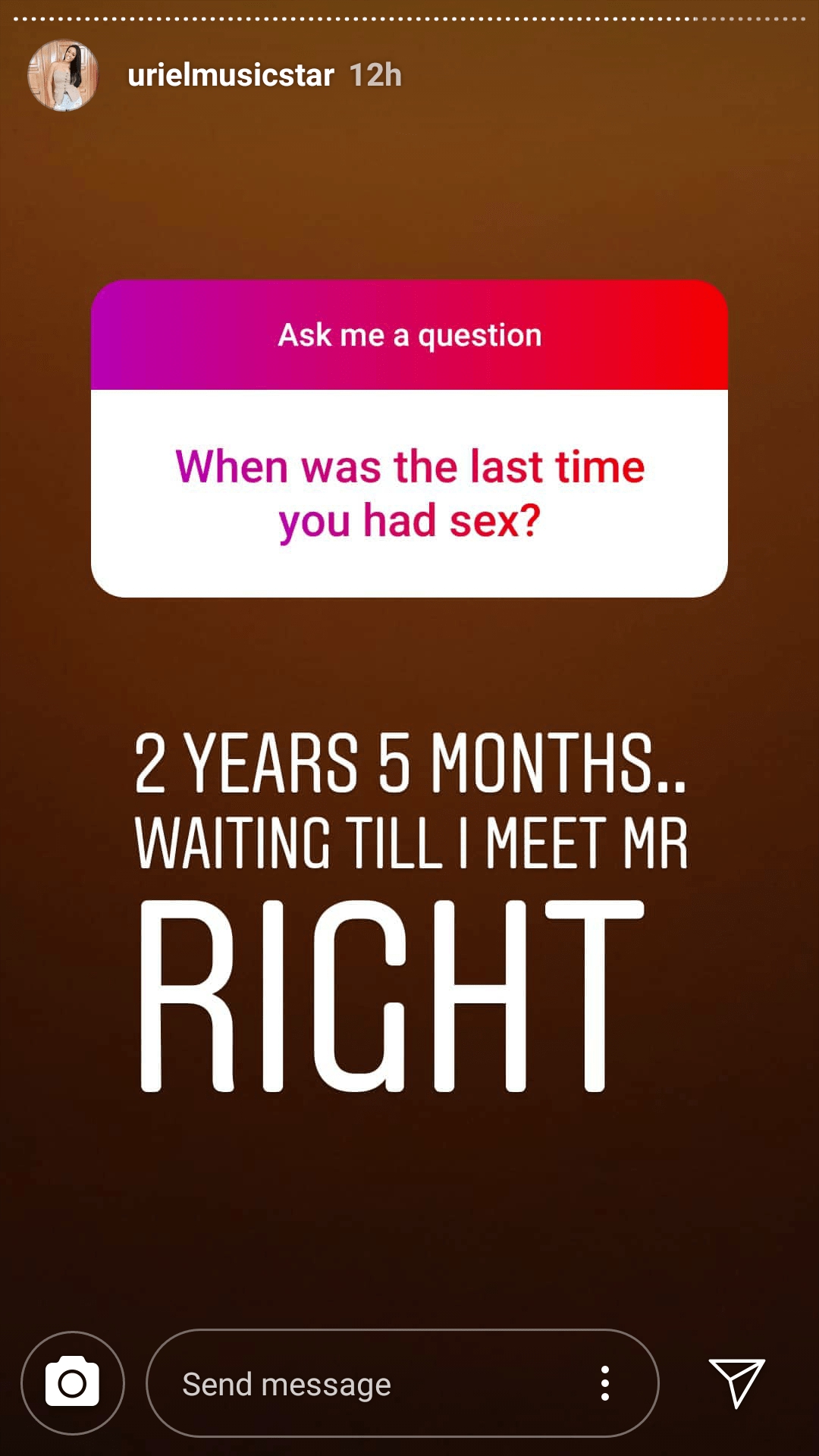