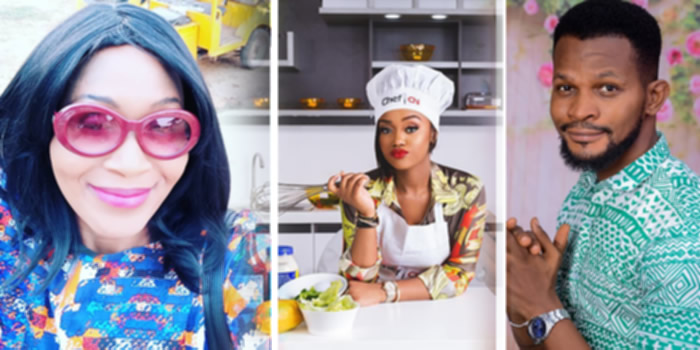 Nollywood Actor, Uche Maduagwu settles down on Kemi Olunloyo as he angrily blasts her over statement of Chioma not being a Real Chef.

Uche Maduagwu in his post tells Kemi olunloyo to Learn how to talk like an ADULT at all times.

He wrote, “@kemiolunloyo Learn to talk like an ADULT, if Chioma is not a CHEF, is @davidoofficial complaining?

We know “common sense” is not common in this part of the world,

but ma, at your old age, is it everything an elder see, that she must say?

“Despite all the NEGATIVE things you’ve written against @davidoofficial and his Mother,

the poor boy is still getting bigger,

or didn’t you watch his sold out concert at the 02 Arena?

Oh sorry, there is no electricity in Ibadan.

“OK, let’s even say for argument sake, that Chioma is not a professional CHEF, how does that affect the price of “Garri” in Oshodi market?

Or is @davidoofficialcomplaining that there is too much salt and pepper in his Soup?

You are hurting my fiance – Davido, denies going on vacation with his first…