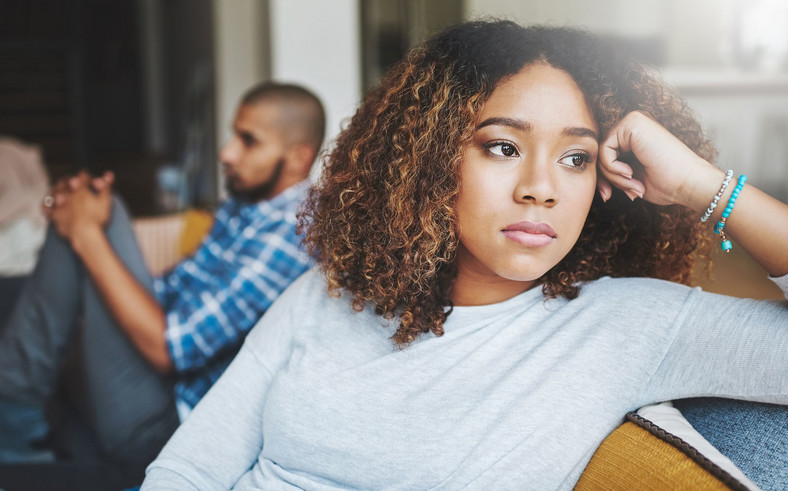 Dating As A Virgin: How to avoid the pitfalls and deal with its difficulties(VIDEO)

For virgin women, the realities of finding the right man in this day and age seems more complex than what the average, sexually-active woman may have to navigate.

While trying to get into a relationship, other woman would often be beset by concerns such as trying to decipher the real intent of the man showing interest in them, they wonder if the man [and the potential relationship] will be worth their time and effort, if he is emotionally intelligent, good enough in bed, if he knows how to communicate and treat women right, if he will be faithful amongst other considerations.

For virgins, particularly those who intend to stay that way till marriage, the worries include all of these and more, thereby making dating and relationships in this age seem just a little more difficult for this group of woman.

The major concern is usually how to get one who shares the same no-sex value like them. Virgin and celibate women often hope to meet men whose stance on sex is one of genuine abstinence. Abstinence that comes as a result of personal decision and conviction as opposed to one which is activated just because you say you do not want to have sex till you are married. While affection alongside a strong decision to be with you at all costs could make this goal possible for such man, it is usually more difficult for sexually-active men to date celibate women without hitches. Many times, pressure for sex eventually creeps into the mix and things usually just go downhill from there.

It goes without saying, of course, that just as the intention to stay a virgin is yours, the decision to lose it is yours, too.

Another relationship struggle virgin women often have is the fear of losing some special connection with someone once he finds out that they do not intend to have sex in the nearest future. Some struggle with when to tell a prospective partner that they have never had sex – to get it off their chest immediately a guy starts showing interest or go on few dates and test the waters a little longer before giving out that information.

“Timing around disclosure is important,” licensed clinical psychologist Rebekah Montgomery tells Insider. This isn’t something you have to share with someone unless you are seriously considering having sex with them … soon,” she continues.

“Often, people feel as though this is something they just have to get off their chest and rush to share in a way that isn’t helpful for you or your new potential love interest. You can share this intimate truth with someone when you know they are someone you feel comfortable being intimate with,” says Montgomery.

It is also important to realise that there are men out here who also want to stay off sex just as some women hope to. So whether you are still a virgin because you want to keep it till marriage or just because you have not yet met the right man to give it up for, you would need to communicate this.

Beyond transparency about your decision to remain celibate, like any other dater, you should lay out your expectations for the relationship – whether you are dating intentionally for marriage or just for fun.

“We tend to make assumptions about dating and sex, but there is no one-size-fits-all approach, so the only way to know if you and your date are on the same page is to be open about your beliefs, plans, and expectations,” Dr. Jess O’Reilly, a Canadian sexologist, tells Insider.

And it is important that you are only communicating your decisions, not trying to justify or seek acceptance. It would be nice for people to accept and respect your position on sex [especially someone you like and wouldn’t mind being in a relationship with] but ultimately, the need for acceptance should lead you to betraying yourself and how you truly feel inside.

“If you’ve opted to delay or abstain from sex, that’s your prerogative. You don’t have to apologize and you shouldn’t have to explain yourself — just as someone who opts to have sex at an earlier age does not need to explain or rationalize their choices,” O’Reilly recommends.

Renee Slanksy, a licensed relationship and dating coach has more to say on this:

What exactly does it mean to pay yourself first?