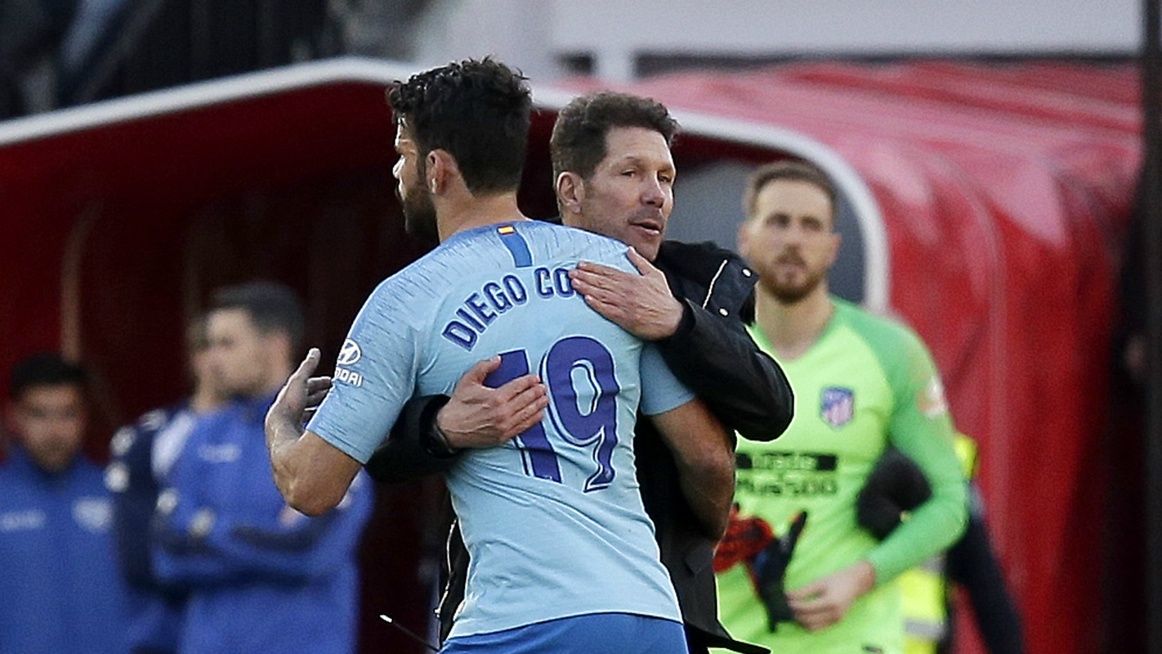 Diego Costa was thrilled to come back from 10 weeks out in Atletico Madrid’s derby win at his old club Rayo Vallecano.

Costa was in Atletico’s squad for the first time since the start of December after undergoing surgery on a foot injury.

The striker came off the bench before Antoine Griezmann’s deflected volley in the 74th minute saw Atletico bounce back from successive LaLiga losses to move back up to second in the table.

Costa’s return is a timely boost for Atletico ahead of Juventus visiting the Wanda Metropolitano on Wednesday for the first leg of their last-16 Champions League tie.

And Costa, who scored 10 LaLiga goals in 16 games on loan at Rayo to help them stay up in the 2011-12 season, was glad to be on the pitch again after a lengthy layoff.

“When a player doesn’t play it’s tough,” Costa said in a post-match interview.

“We know here Rayo press hard and make it hard for teams, the dimensions of the pitch help them. You’re obligated to give everything if you want to take away the three points.

“We got the win after two defeats and we’ve done it against a good side, one that will stay in LaLiga for another year, I’m sure of that.

“We were playing well and we had the game under control. We weren’t worried.”

Atletico were grateful to goalkeeper Jan Oblak for six saves, including an added-time stop from Abdoulaye Ba’s header.

Raul de Tomas was among the players denied by Oblak and the Rayo striker was left frustrated by his side’s third straight LaLiga loss, which left them still in the relegation zone.

“It’s sad as we played a great game and we deserved at least a point,” he said. “But they were comfortable with the way they played, nobody dominated and it came down to who scored. The got the goal and they take the three points.

“All the games are important and we have to start thinking week by week. We have fewer games to save ourselves and we have to win in front of our own fans. But we have to think about the game at Getafe.”