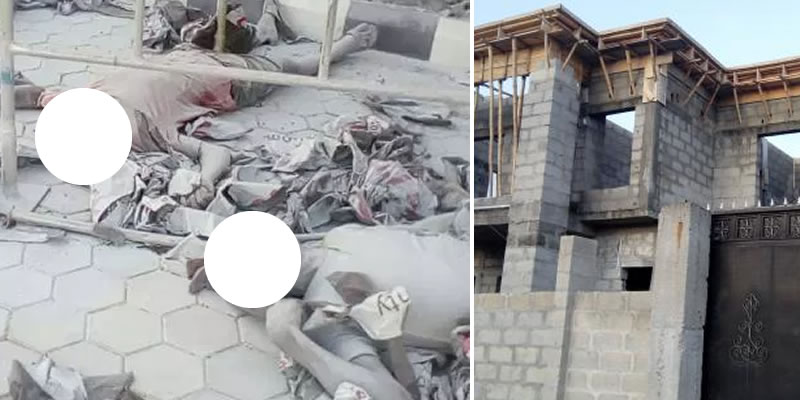 Two construction workers electrocuted on a Bank’s Site in Jos

The incident reportedly happened at the site of a newly constructed bank at Sparkling Junction along Yakubu Gowon Road in Jos South Local Government Area of the State.

At least two people were electrocuted, one other person was also taken to the hospital as a result of the incident.

It was gathered that the victims were working on the newly constructed branch of the United Bank for Africa (UBA) located in the said area.

The victims, it was learnt, were peeling off the stickers on the tiles of the wall of the new bank building when the iron ladder suddenly came in contact with a high tension wire.

“The incident occurred when NESCO (the local power distribution company) turned on power and the victims were suddenly electrocuted. One was taken to the hospital,” he said.

Typev Terna, the state police spokesperson, did not respond to the calls put to his phone by our correspondent.

Ibrahim Ahmad, an elder brother of one of the deceased, confirmed the incident on Wednesday.

“The incident occurred on Tuesday. My younger brother who is one of the victims has been buried according to Islamic rites,” he said.