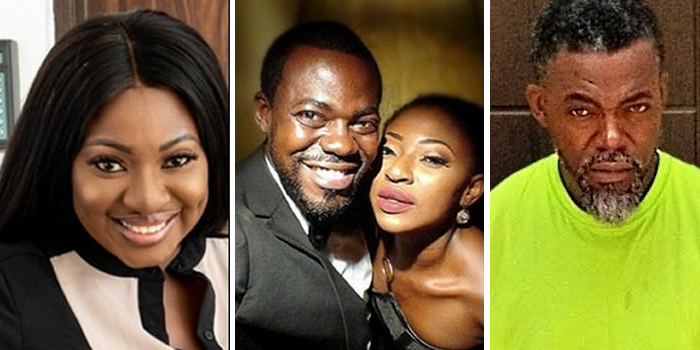 In the video interview conducted by Pulse Entertainment editor, Gbenga Bada, Yvonne Jegede speaks about her husband and colleague Olakunle ‘Abounce’ Fawole, how it all started, and why they finally fell apart.

How has it been like being married to a colleague or an entertainer?

Initially, I didn’t want to be with an actor but when you have a friend that has been there and has constantly told you this is what I want from you, then you turn around and wonder if God is not trying to bless me while I keep saying I don’t want to marry an actor.

So, I’m just going to try it. And marrying an actor was good. Marrying an actor was good in the sense that we both understood the job and there are so many things I won’t have to explain to him. So, yeah, it was good. And if mine didn’t work out didn’t mean others won’t work out because when I got married, I did my court marriage on a Wednesday and I was on my way to court when a director called me and said I have to be in court but I said no because I was getting married.

Yvonne Jegede writes open letter to ex-husband and other exes

He begged and said can I show up after the court session and he started explaining and I said “you know what, call my husband and tell him”. The director drove over to the house, came around and before the guy even said abeg, my husband was like okay, it’s fine but if it was a banker or doctor, the person would have asked the director if his wife was on set at that point in time.

Mistakes and lessons learnt from the crashed marriage?

Of course, I make mistakes and I am not perfect just as I learnt lessons too from the marriage. I’m not an angel, I can’t be perfect, I made load of mistakes that could have been overlooked or corrected but here we are today. I have also learnt from them and moved on, I have learnt from experience and such mistakes won’t happen again.

Was the marriage worth it while it lasted?

Xavier! Have you seen my boy? He’s a blessing, so yes it was worth it and the times we shared together were nice. The journey was sweet, I wouldn’t trample on those times and say it was bad the whole time.

Well, I am just focusing on my child if and only if somebody wants to go down that line with this old lady but right now, the energy, no, not right now.

I am Yvonne Jegede is the name on Instagram.

Were there complaints, was he not satisfied with the marriage, what really went wrong?

You can say that but you know when two people have lived together as husband and wife, and you have issues like this, there are complaints from both sides. I have my own complaints, I have my own issues that I am dealing with and I don’t see the relationship and marriage going beyond where we got to and we had to call it quit.

Was this decision before the birth of your son, Xavier?

We started having issues before the birth of Xavier. I think I was about two to three months pregnant when the issues came. Immediately the issues came, there was never a dull moment, it just kept going up and up and it got worse and it got bad and today here we are.

Was your ex-husband with you through the pregnancy, delivery and after birth of Xavier?

No. As a matter of fact, he wasn’t and there was no sign of him being interested which is what got me on my own side really really, got me thinking.