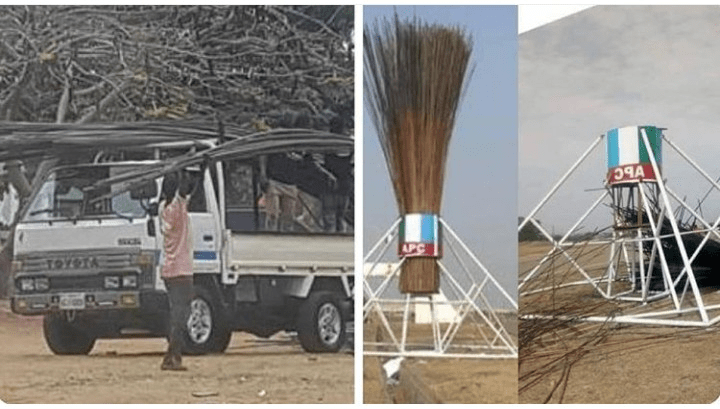 The All Progressive Congress (APC) has removed its giant logo erected at the Abuja city gate at the heat of presidential election campaign in February.

The giant broom drew criticism from Nigerians and especially residents of the capital, many of who described it as an eyesore. Construction workers were reportedly spotted at the City Gate pulling down the broom which was made of iron rods on Friday.