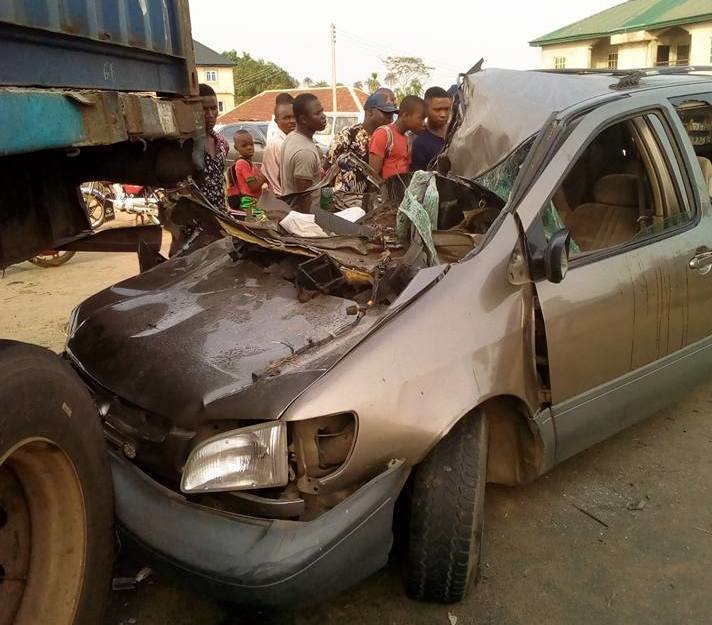 A ghastly accident which happened yesterday evening along Port-Harcourt road in Obinze, Imo state, saw at least two persons killed, according to reports.

The accident occurred after multiple cars crashed into a trailer conveying a container along the busy road. Two persons were reportedly killed in the crash and the injured victims – rushed to the hospital.

Here are pictures from the accident scene.