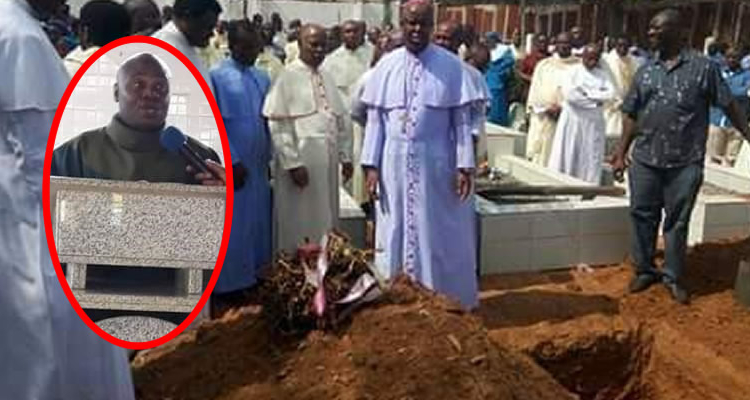 The body of late Fr. Ugwu was found in a bush decomposing on Wednesday morning , a week after he was allegedly kidnapped.
It was gathered that Rev . Fr . Ugwu was kidnapped on Wednesday 13 , March 2019 , around 9 : 00 p. m. after they had shot him in his church premises.

Speaking shortly after his remains were laid to rest at the Catholic cemetery at the Holy Ghost Cathedral , the Catholic Bishop of Enugu Diocese, Most Rev . Callistus Onaga, called on the police to fish out the killers of the priest.

Bishop Onaga decried the spate of violent killings around the country, advising that Christians should intensified their prayers for the survival of the country.

He said that security agencies could not rescue Fr. Ugwu despite their assurances that they were closing in on the kidnappers.

He also disclosed that the abductors made withdrawals from his account through his Automated Teller Machine Card.

“All is not well in Enugu State . We should not continue to pretend about it while our people are killed every day . Enugu State is not secure again. Criminals have shifted to Enugu State from Anambra. When Father Ugwu was kidnapped , we reported it to the police and since then I have visited police station three times yet they kept telling me we are closing on the kidnappers . I doubt they were doing anything because where the deceased body of Fr . Ugwu was found is not up to 20 km from his house. ” 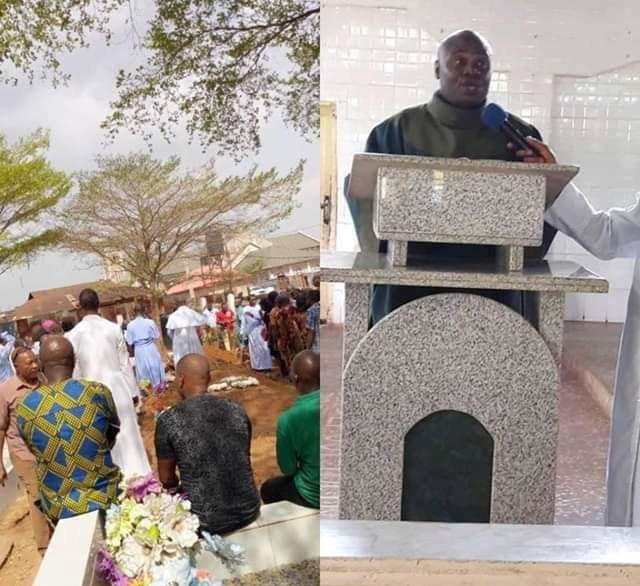 Director of Communication, Enugu Catholic Diocese, Rev . Fr. Benjamin Achi , who confirmed the incident,  called on the government of Enugu State to live up to its responsibility of protecting lives and property. 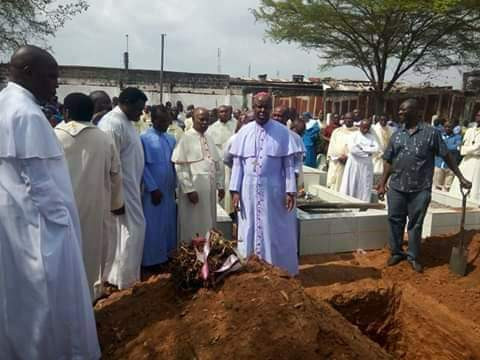 He expressed worry that this is the first time a priest would be kidnapped inside the Church premises in the Diocese.
Meanwhile late Father Clement Ugwu’s friends have taken to Facebook to mourn his death. 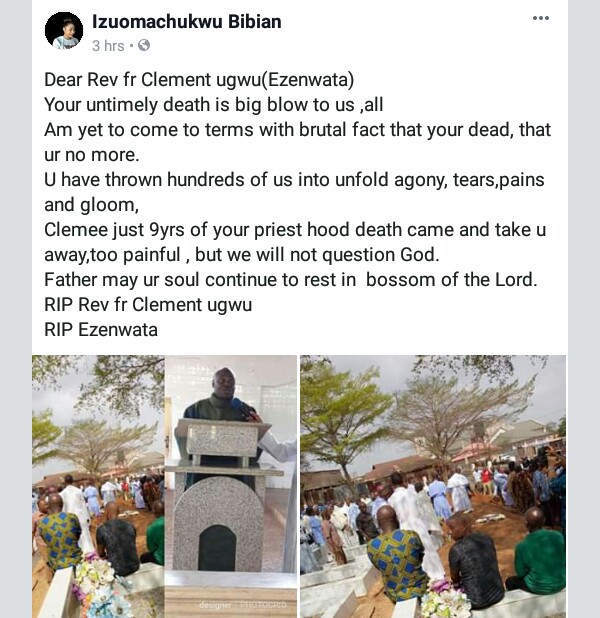