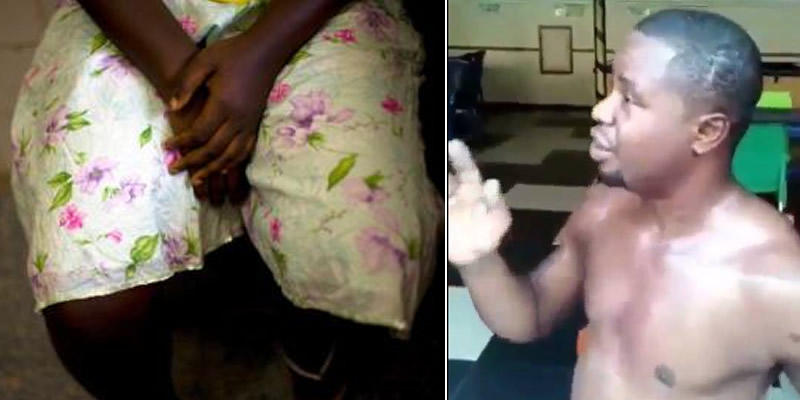 Residents of Egbeda, Lagos state, today apprehended a man who tried to sexually assault a lady in a hotel.

According to Eyewitness, Kathlyn Eyitemi, who shared the video online, the victim was running from abuse at her sister’s place and she met the suspect who offered to assist her.

He took her to a hotel and tried having sex with her. It was when she was struggling with him that the guests in the hotel came out and rescued her.

I slept at this hotel last night at Egbeda. Early this morning sometime around 7am I heard shouting from the room next door. Came out and saw the manager already by the door knock. I heard a female voice shouting from inside so I rushed out forgetting I was on briefs.

I joined to bang the door till the male occupant opened the door when I threatened I was a police officer.

This idiot tried to rape a 15 year old teenager who was running away from abuse at her sister’s and wanted to go to her mother’s. The fool offered to help the girl, told her to join him to an hotel where she’ll bathe and have something to eat before going to her mother’s.

But as usual such predators have something else in mind….

Lady leaks bedroom video with Naira Marley after sleeping with him