After the recent help of Ailing Yoruba actor, Babatunde Omidina, popularly called ‘Baba Suwe” who was down with an unknown ailment, another Veteran Yoruba actor,  known as Alabi Yellow, is dying of stroke as he appeals for public support.

He appeals for public support. 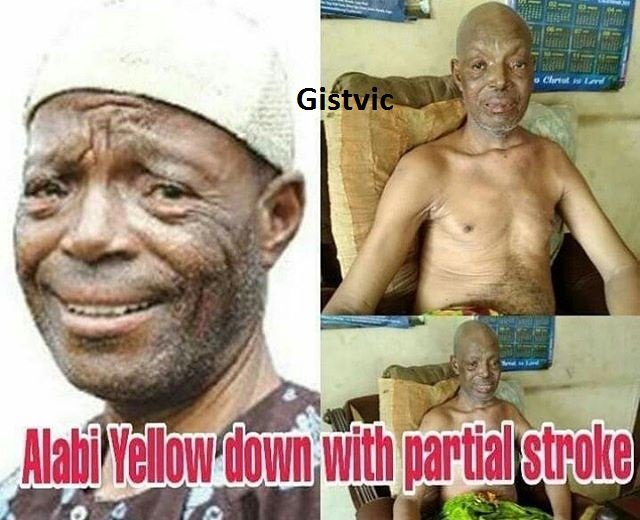 Alabi Yellow: How satanic role fuelled my interest in acting

See a video of where he lives;