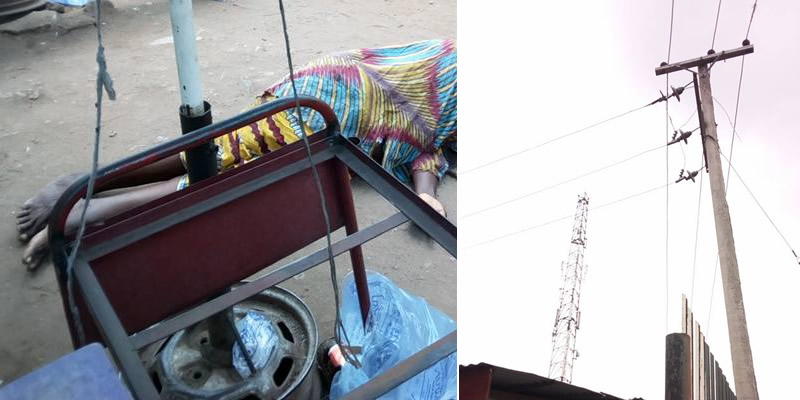 An unidentified food vendor was reportedly electrocuted in Umuahia, Abia state capital on Thursday. The incident happened at the Michael Okpara square, on club road, few meters away from the Umuahia event centre.

According to eyewitness account, the deceased who was a sales assistance to the owner of food stand, was reportedly killed while trying to rescue a co-worker who was allegedly under electric shock.

It was gathered that a high tension cable had cut and fell on a stake wire attached to an electric pole under which the food vendors were doing their business.

But unknown to them, the first victim who is said to be receiving treatment in an undisclosed hospital – touched the pole and while under the electric shock cried for help. Her scream attracted the deceased who went to render help but unfortunately could not survive the electrocution.

It was gathered that she died while being taken to the hospital with a tricycle and her remains was brought back to the food stand and covered with her clothes. 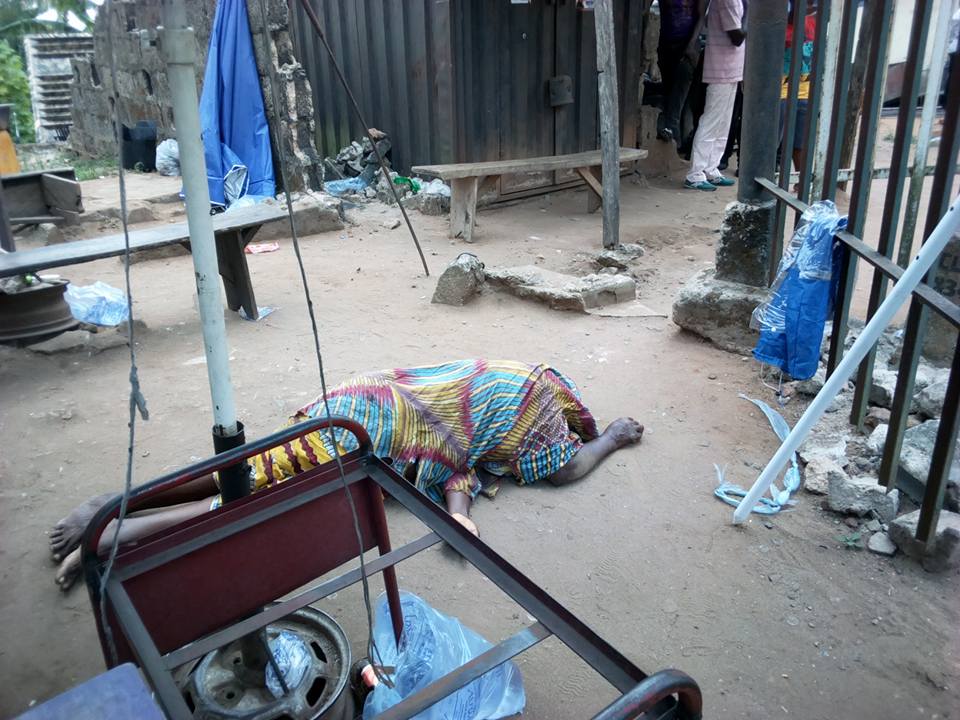 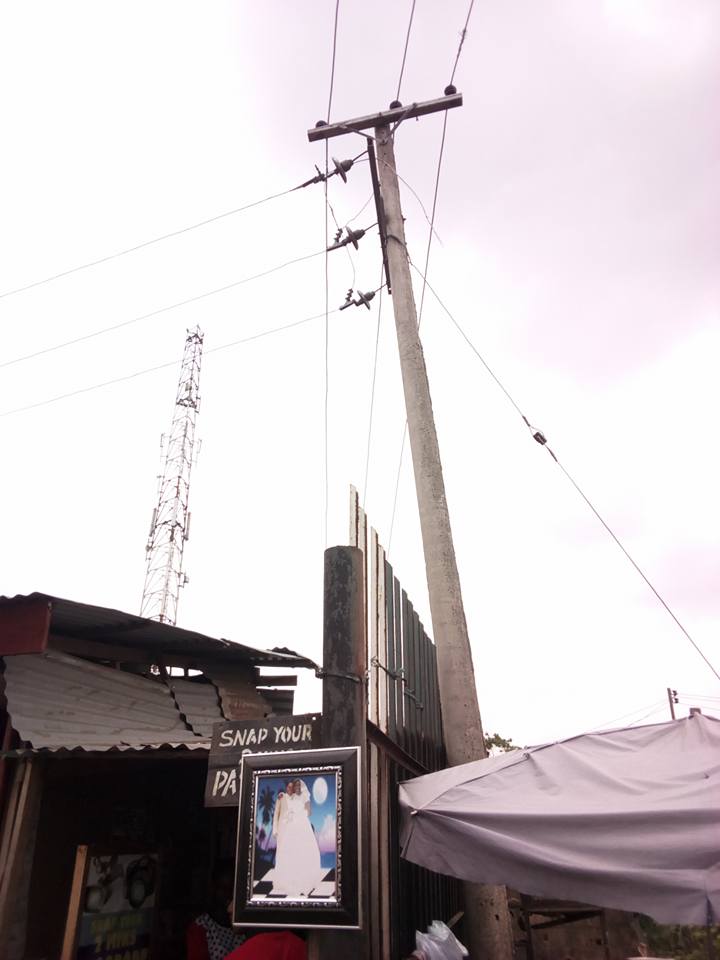