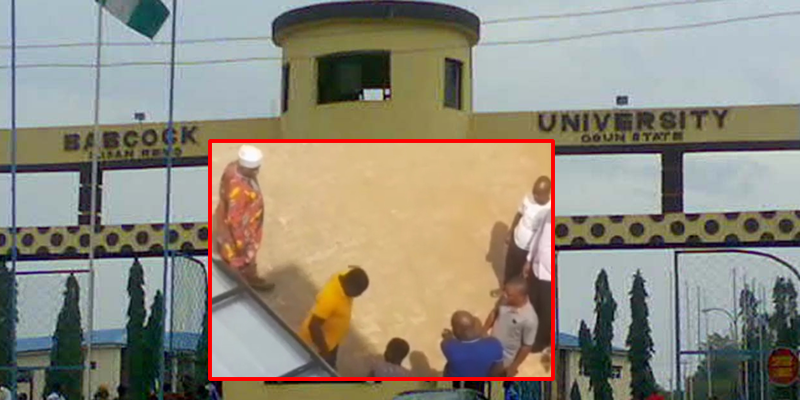 A Babcock University student flogged on campus by his father for allegedly scamming him of N800,000.

The video of the assault has been making rounds on the internet. The man could be seen asking the student to prostrate on the road, right in the presence of other students.

He was reported to have scammed his father of N800,000 which he claimed were funds needed to purchase some text books, which he never bought.

It was further gathered that the boy never attended classes and also missed his exams.

The video has actually gathered mixed reactions across social media, with some people supporting the father’s decision and some condemning the act.