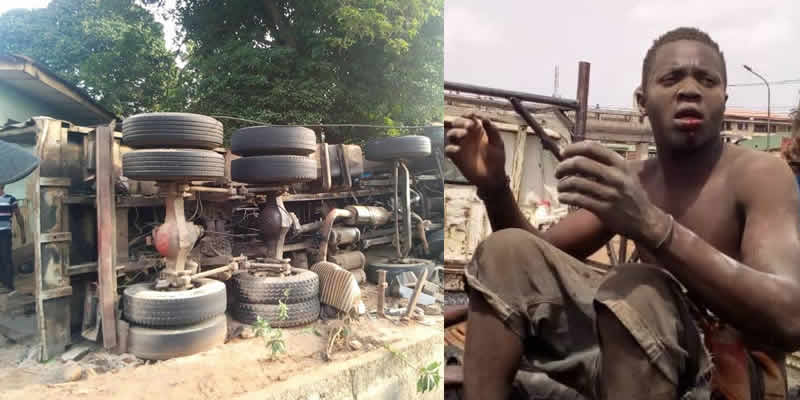 Many people sustained serious injuries after a truck filled with beer skidded off the MCC axis of the Enugu/Onitsha Express road and fell into the center drainage of the express road today April 2nd.

Three occupants of a lorry including the driver have received various degrees of injury after the lorry skidded off the MCC axis of the Enugu/Onitsha Express road and fell into the center drainage of the express road.

According to a report by ABS, the conductor of the vehicle with registration number Enugu XX 971 ENU was signalling to other vehicles to make way for the lorry which was carrying empty crates of beer from Ogbo tomato axis of the express road due to brake failure before it finally crashed at the MCC axis. 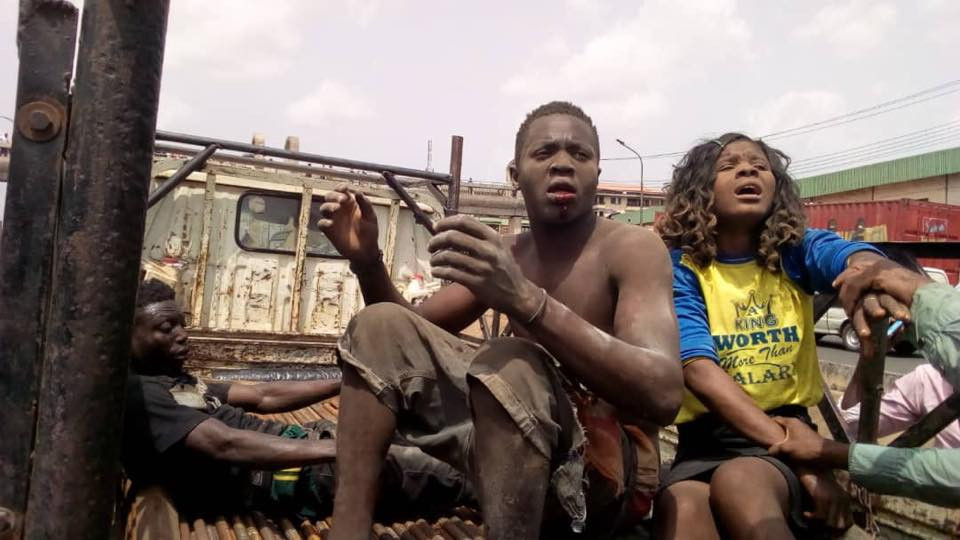 Others who spoke anonymously thanked God that no life was lost but appealed to the state government to ban heavy duty vehicles from operating during the day to minimize the number of casualties whenever such incident occurred .

The victims, three men and a lady were later taken to St. Charles Borromew hospital for treatment. 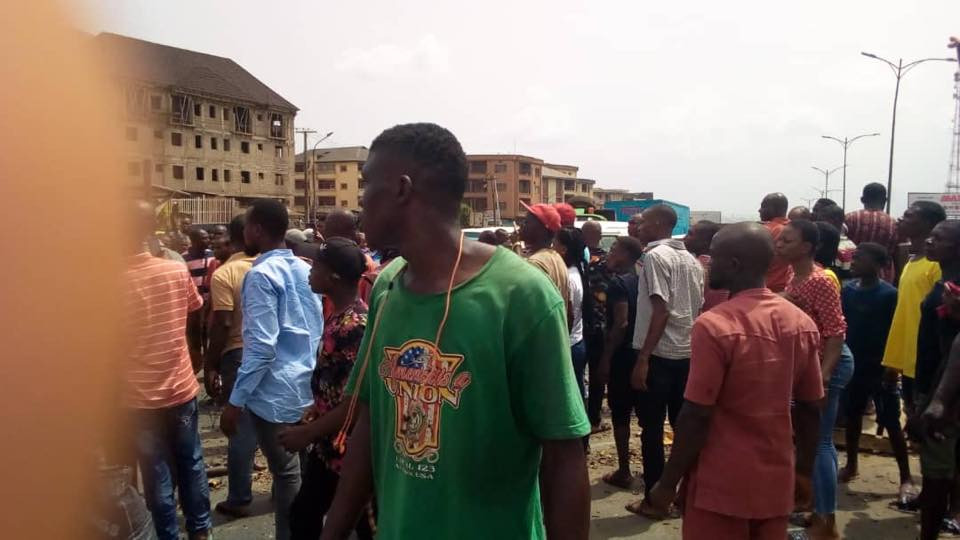