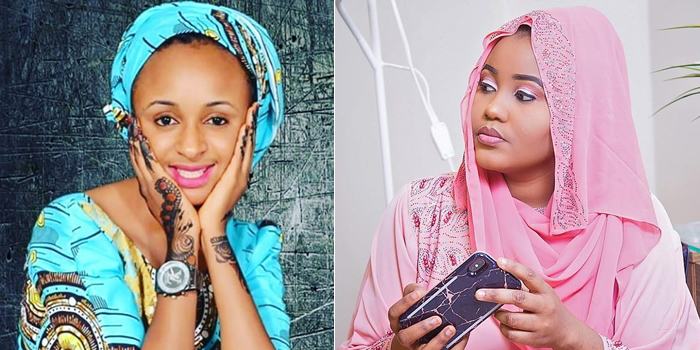 Kannywood actress, Amina Amal, has allegedly taken a colleague to court over assault. According to reports, Amal is suing Hadiza Gabon for N50 million in damages and has alleged that Gabon assaulted and tortured her

It was gathered that Amal, a Cameroon-born actress, who used to be friends with Gabon stated that she was subjected to inhuman treatment perpetuated by her friend and thus, urged the court to mandate Hadiza to offer an unreserved apology to her and publish the apology in two reputable national dailies with nationwide coverage.

This is alongside the demand of N50 million settlement for damages which she urged the court to also direct Gabon to pay her.

It was gathered that it all started when Amal came under attack for posting a suggestive photo on Instagram. Gabon was one of those who commented on the photo and it angered Amina.

How popular Kannywood actress, Hadiza Gabon called for her own arrest

Below is the court papers: