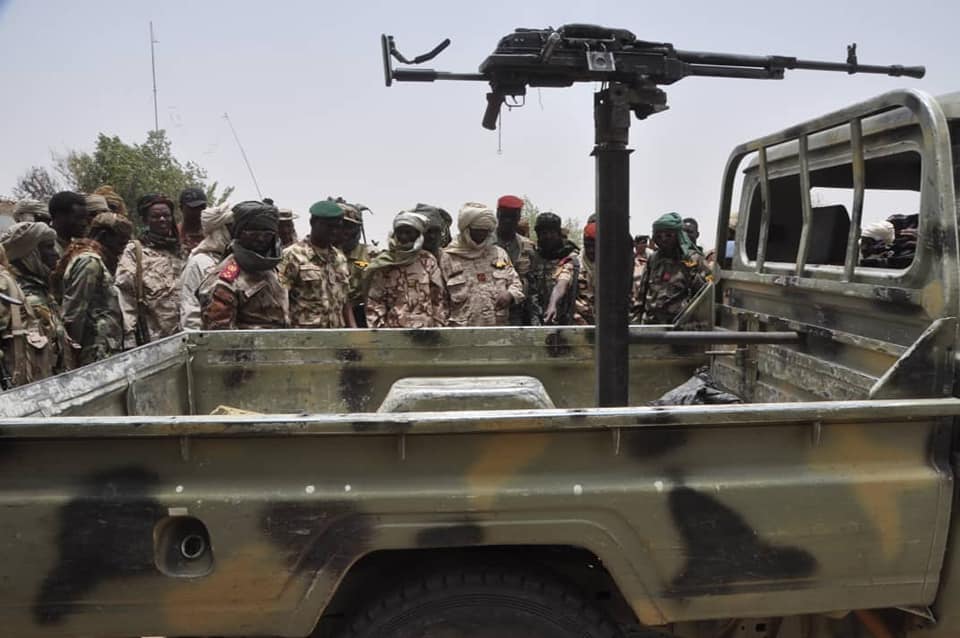 Troops of Multi National Joint Task Force (MNJTF) Sector 2 (Chad) and Sector 3 (Nigeria) while on clearance operation in consonance with operation YANCIN TAFKI on Tuesday 16 April 2019 have neutralized 39 members of Boko Haram Terrorists in Cross Kauwa village in the Lake Chad Region. During the encounter, 20 soldiers were wounded and have been evacuated for medical treatment. The following items were recovered from the insurgents:

In his remarks, General Erda called for more regional collaboration in ending the surge of insurgency in the Lake Chad Basin. He urged the troops to create a good relationship towards achieving the aim of the ongoing operation. He also visited Sector 3 Hospital where he checked on some sick soldiers and toured the scene of the fire fight.

The Chadian CDS was accompanied by the Force Commander Multi National Joint Task Force (MNJTF) Major General Chikezie Ude, the Chadian Chief of Army Staff and other top commanders of the MNJTF and the Chadian Army.