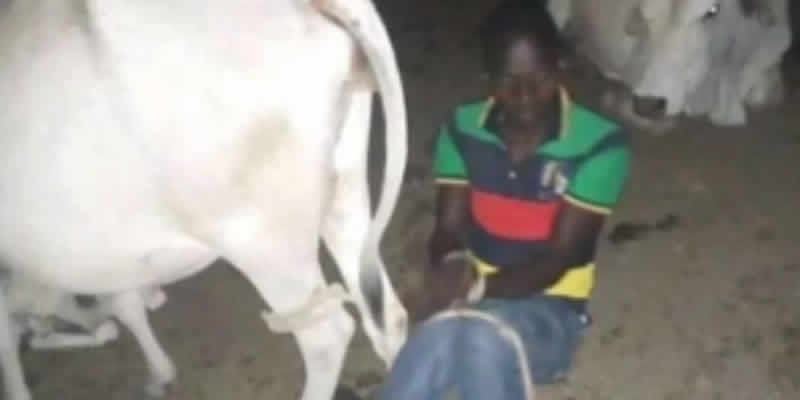 Villagers caught man trying to have intercourse with Cow

A young man was nabbed by an angry mob after being caught red handed forcing a cow for sex.

The suspect identified as George Kimani was apprehended at around 6:12pm yesterday – having tied the cow’s legs ,leaving it helpless in an incident which happened in Kenya.

One of the villagers said that she was on her way from market when she sensed something was not usual in the bush. The woman immediately while raised an alarm and within minutes, more villagers arrived the scene and caught the man in action.

Police had to intervene and rescue the suspect who was almost mobbed to death. He was later taken to the police station.