The N18,000,000 ($50,000) is to bankroll the medical treatment of former Eagles captain and later coach in London (The United Kingdom) was presented in Enugu by Philip Akinola, the chief operating officer of Zenon Petroleum & Gas Ltd. 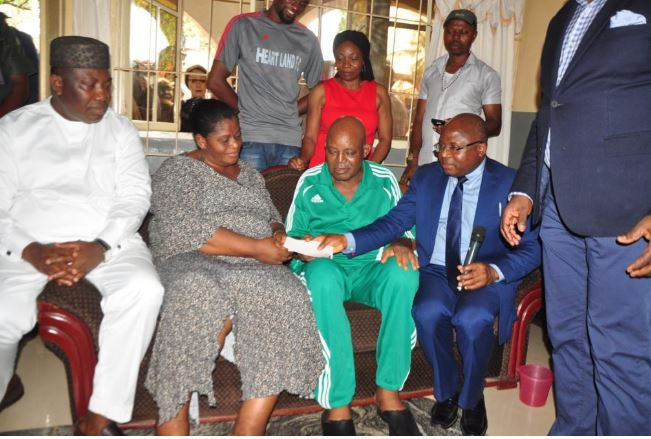 Christian Chukwu who’s reportedly battling prostate cancer will be flown to the United Kingdom next week.

The legendary philanthropist and oil mogul behind Forte Oil and Geregu Power Plant spoke to the Enugu governor and the ailing football legend earlier today.

“The governor just called to thank immensely. And I spoke with Christian Chukwu, too. He will be flown abroad next week. I told him he will be fine and I will make sure he’s provided with the best health services,” the billionaire told thecable.ng. 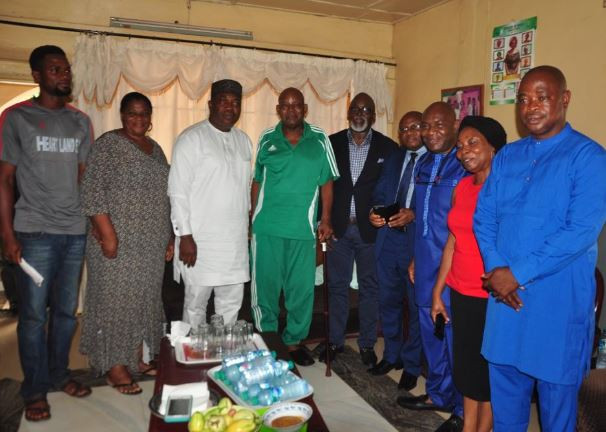 This is just as the President of the Nigeria Football Federation (NFF), Amaju Pinnick on Wednesday announced the appointment of the former coach as NFF Ambassador.

The appointments came simultaneously when the NFF boss in company of Ugwuanyi and the Chairman of Otedola Foundation visited Chukwu in his Enugu residence.

Commissioner for Sports, Josef Udedi made the announcement after a closed door meeting between the delegation and the family of Chukwu.

Udedi said that the engineering graduate would be given automatic employment by the state government.

On his part, Pinnick said that the NFF would approve an appointment for the former skipper of the Green Eagles as a Life Ambassador of the organisation.

He said that the management of the NFF would work out a stipend that would be paid to him.

Udedi said that the football house was desirous of improving the welfare of ex-internationals.

He said that one of the objectives of the proposed NFF Foundation was to build a database of every player that represented the country whether in the past or in time to come.

Four ex-policemen who allegedly murdered suspects during torture have…