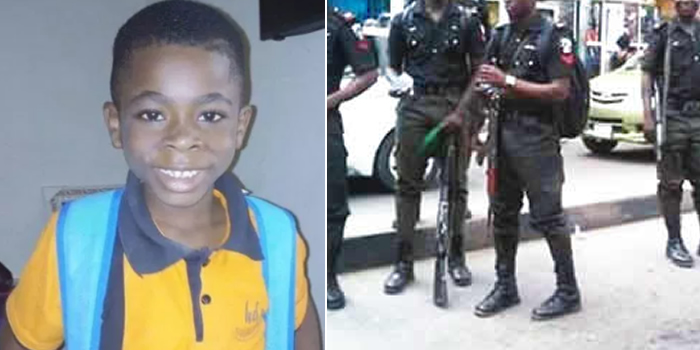 The Lagos state police command has arrested one Patience Odowo, the owner of a deep freezer where six-year-old Treasure Akinsohun, was found dead in the Ketu area in Lagos state on April 23rd.dc

Recall that yesterday April 26th, we reported the story of Treasure‘s unfortunate death.

Treasure and his mother, Eunice Akinsohun, lived in Ikorodu and had gone to Eunice’s sister’s house in Ketu for the Easter holiday. On April 24th, Treasure was playing with the children in the compound when he suddenly went missing. A search party was launched and his remains were later found in a deep freezer inside Patience Odowo’s house located five streets away from his aunty’s house.

Confirming Odowo’s arrest, the spokesman of the Lagos State Police Command, DSP. Bala Elkana, said that the dead body of the boy had been deposited at the mortuary while investigations had commenced.

Adasa Cookey saves a teller’s job who paid him $12k instead of $1.2k